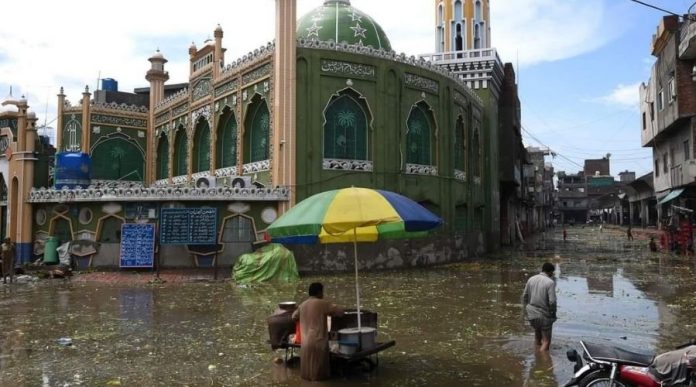 Heavy monsoon rain hailed on Lahore this weekend leaving the city in a state of utter disaster as people across the city continue to share devastating views of the city under literal water. The heavy rain has flooded roads and streets in many parts of the city.

The heavy rain has destroyed many homes with videos of them being flooded are rampant on social media. Cars and other vehicles are shown as floating in the direction of the flooding, not being able to control.

Most flooding has occurred in the eastern city of Lahore.

We have never seen such situation in last 8 years but thanks to Buzdar Government for providing us such a good environment. #incompetentBuzdar #lahorerain pic.twitter.com/jIwBqADnOy

May no one ever get to experience what these two households are facing but one has got to appreciate their perseverance through such times#Lahorerain #LahoreSinks pic.twitter.com/qwlXgeZrPI

The death toll from three days of heavy monsoon rains triggering flash floods in Pakistan has risen to at least 58, officials said on Sunday.

A Pakistan Army spokesman said a relief and rescue operation was underway. “Pakistan Army and navy rescue teams, including medical and engineering teams, are assisting the civil administration to rescue the stranded people to safer places,” he added.

People are angry at the Punjab government and want things to clear up so that life can return to normal.