Geeky is the new sexy in town, as Katrina Kaif flawlessly flaunts her geeky look in the upcoming detective drama, Jagga Jasoos, and we are loving it. After completing her performances at the Dream Team tour in the US, the actress is back with her co-star Ranbir Kapoor and resumes shooting for Anurag Basu’s directorial, Jagga Jasoos.

However, there is no official poster out of the movie yet, but gorgeous Katrina Kaif took to Facebook and share her character’s look from the sets of Jagga Jasoos.

She captioned the picture on Facebook stating, “Play is the highest form of research……. On Jagga set with the ever brilliant Anurag Basu” 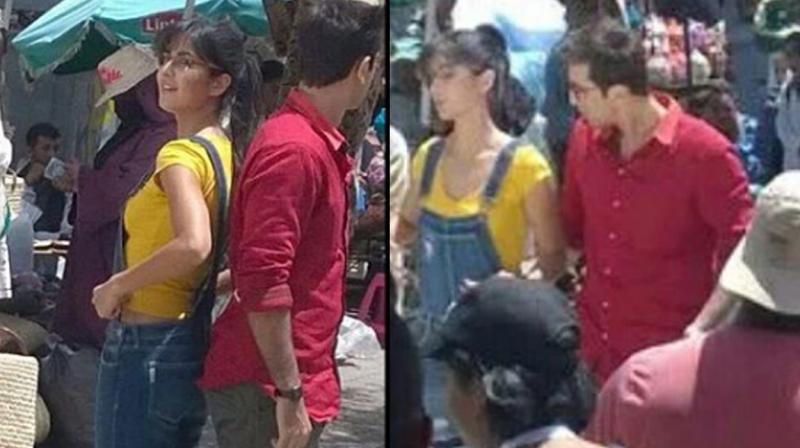 Jagga Jasoos has already seen a lot of delays, but according to the sources, it is expected to hit cinemas next year. But when asked about the delay, the actress didn’t seem to loser her patience. She said, “No [never lost patience]. Although, it is definitely a test for you and your concentration, for sure. That’s why you have to make sure you don’t let yourself down. Because when the film releases, the audiences will forget all of these things. They are not going to care how long the film took to be made, what happened, etc. Audiences will come in to see the film and everything else is forgotten and one has to remember that. It may be a long process, but for the viewers it’s a new journey. If you ever lose your concentration, the only person, who is going to suffer, is you.”

The movie, Jagga Jasoos is about a life of a guy, Jagga (Ranbir) who has grown curious about everything from his childhood. Katrina Kaif plays the role of his lover who helps him throughout the movie in finding the person who killed Ranbir’s father. What do you guys think of her cute geeky look in the movie?