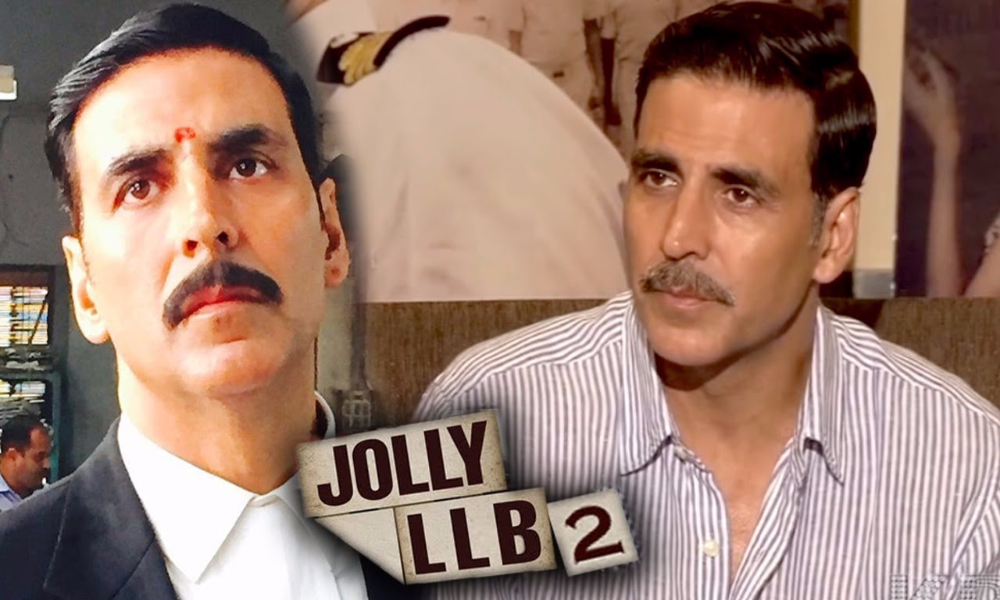 The makers of Jolly LLB 2 have officially left us stunned by the trailer. Akshay Kumar is funny, serious, romantic, what this guy doesn’t have? It’s goofy and interesting at the same time. Jolly LLB 2 is the sequel to the Arshad Warsi and Boman Irani starrer Jolly LLB which came in 2013.

Here you go with the exclusive trailer of Jolly LLB 2 Trailer:

Would you believe if I tell you that Akshay Kumar is playing a role of a lawyer for the first time in 25 years? Yes he is! He’s clumsy and funny in his life at the start of the trailer. He is seen asking questions like, “Kya ap bata sakte hain ke Salman Khan ki Shaadi Kab hogi” that too inside the courtroom. He says it very confidently that a day will come when he’ll roam around with his girlfriend and future Pushpa (Huma Qureshi) in a Rolls Royce. “A good lawyer never returns the fee,” he says. It’s funny but a sarcastic truth. Going to any extent when it comes to winning a case.

When his opposite Lawyer(Annu Kapoor) insults him, Jolly slaps him inside the courtroom. The entertaining first half of the trailer takes a serious turn when Jolly is given a murder case. It turns emotional as he is asked whether he can claim justice to the family or not. As a hero, Jolly decides to fight all the corruption and the wrong powerful leaders to pull off the proceedings.

Despite all the accusations, Jolly LLB 2 looks quite interesting and quite promising. It looks like the trailer is very made with a top notch effort. The puzzle is organized very sensibally and the placing of the dialogues are almost perfect. As in the end Akshay says, “The world’s biggest liar had said that everything is fair in love and war. And if that’s true, then those who behead soldiers at the border are legitimate and so are the lovers who throw acid on girls.”

Here are posters as well which Akshay is already excited to look forward to.