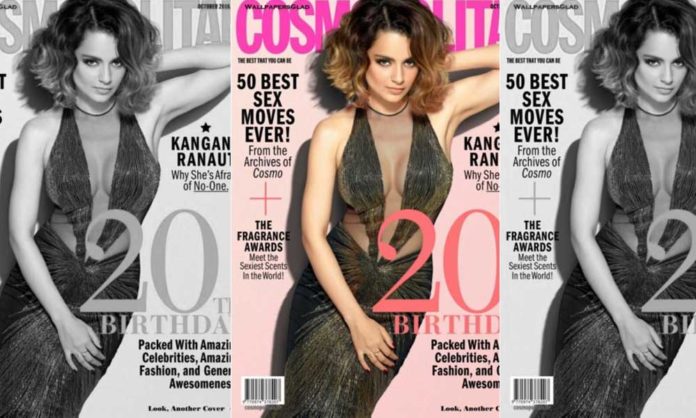 Spicy beauty queen, Kangana Ranaut has been featured on the cover of India’s famous magazine Cosmopolitan for their October issue. Marking the 20th Birthday of the magazine in India, Kangana Ranaut was chosen as the face for the Magazine.

Kangana look drop dead gorgeous with this single piece designer black gown, golden hairdo and Peachy makeup. Her makeup, bob style hairdo and shimmery dress design, all reflects her bold personality and fierceness. Kangana,known to be badass women who never mince her words has clearly defined  ‘Why she is Afraid of No-One’ in this magazine.

Here are pictures that Kangana shot for Cosmopolitan India: 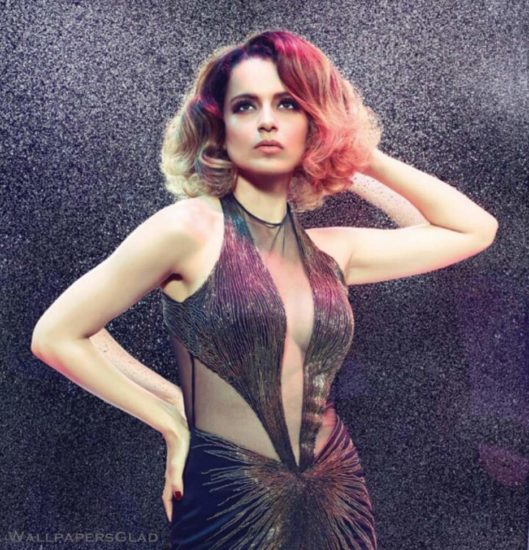 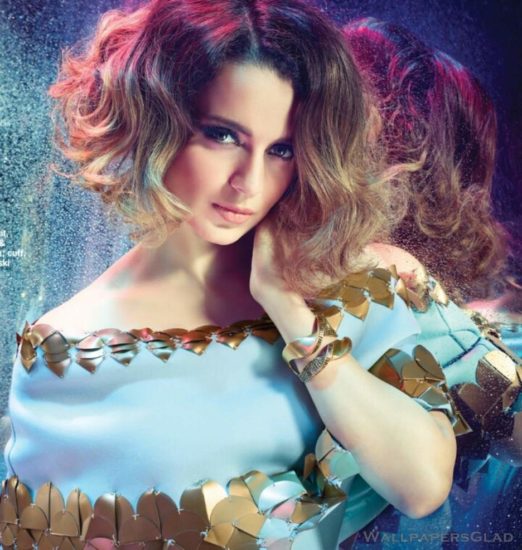 In one picture she wears black gown that is used as a cover photo whereas in another picture she looks simply amazing  where she has worn a light blue dress with a pretty decent make-up and Jewelry.

Flashback: Kangana BTS from her Shoot for Cosmopolitian back in 2014:

& While we are on the subject, who can forget the GQ shoot that sparked major hush-hush in B-twon for Kangana’s sexy gym-fit bod, those ABS! check it out:

One shall learn from Kangana how to redefine Beauty and how to be a bold and fierce woman! She  is currently busy shooting for her upcoming film Simran