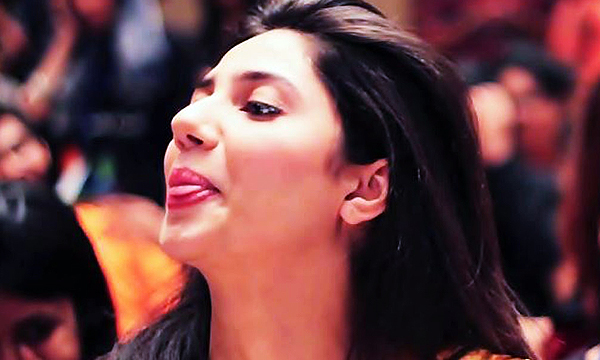 Mahira Khan says Enough to Indian and Pakistani trollers trying to be over-enlightened on her social media feed. Mahira’s SRK starrer Raees has stirred a lot of controversy for the Pakistani actress in light of the URI attack.
Pakistani actors have been blamed in their country for working in India when the environment is so hostile on the border with Indian vvlaims of a surgical strike on the Pakistani side of the LOC. On the other hand, in India the hatred for Pakistani actors doesn’t require any explanations.

This incident however sparked when, Jibran Nasir a Pakistani socialist tweeted his condolences on the Quetta Attack that claimed lives of 62 innocents. Mahira Khan apprently ‘Retweeted’ the tweet from him and then, an unnecessary troller form India replied while blaming both of them (Jibran and Mahira) for not condemning the URI attacks. Check it out:

@MJibranNasir @TheMahiraKhan The sad thing Mahiraji is u r active &vocal now, y not in case of URI,I as INDIAN feel bad for Quetta y cant u?

@naniaditya @MJibranNasir I am sorry for every life lost to terror, every single life..please stop making it about nationality. Enough.

after which came a clear shut up call:

@naniaditya @MJibranNasir This world is bleeding my friend, what are you doing trolling me? Raise your voice for something more meaningful.

There are still numerous tweets on this post from Mahira with haters from both countries asking loop-holed questions and senseless criticism. Mahira for a long time, it seems, has kept her cool about these criticisms but this time the foot needed to be put down

Mahira Khan has previously been a victim of slang abuse on Instagram from similar category of accusations.