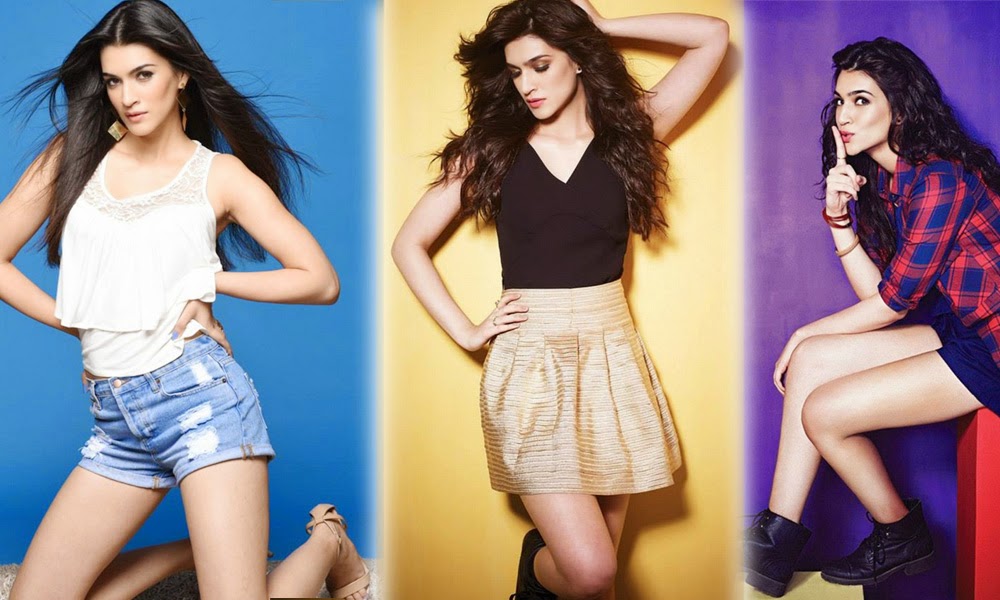 Bollywood actress Kriti Sanon who has already made her mark in the Bollywood with two hit movies under her belt is now making headlines in the fashion world too. Recently the sexy Kriti Sanon was featured in the April issue of the fashion magazine Vogue India. She took to Instagram to share the cover.

Kriti Sanon Looks HOT as hell in the latest photoshoot.

This is the first time Kriti was featured on a Vogue magazine cover. She captioned it saying: Vogue April 2017 issue! My first-had to be special!

She looked every bit of sexy on the cover flaunting her curves and long legs. The shoot of the cover happened in South Africa. She shared other pictures too from the shoot and we can’t take our eyes off from her.