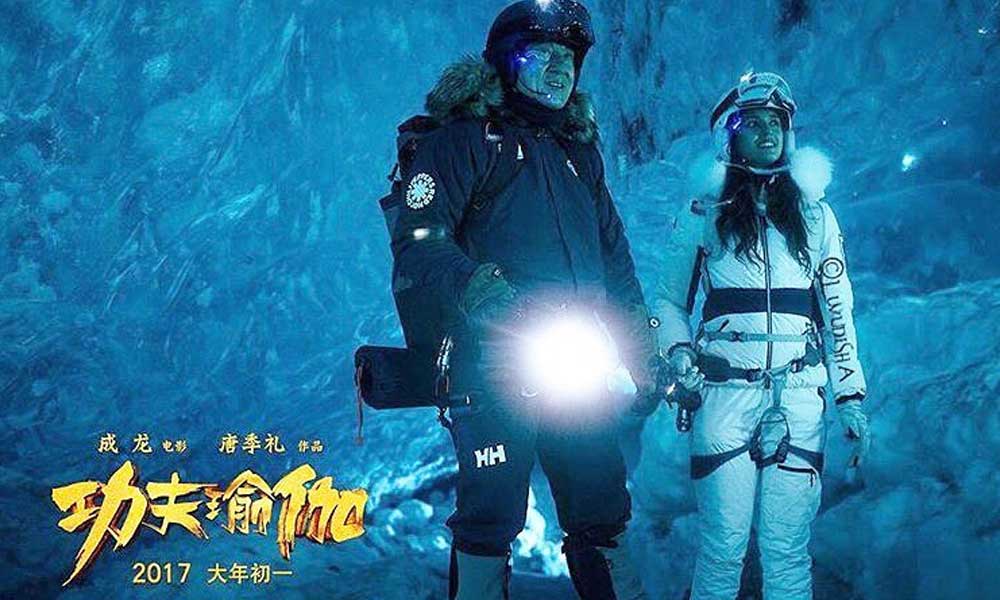 If you’ve been waiting to see Disha Patani, Sonu Sood and Amyra Dastura in Jackie Chan’s Kung Fu Yoga then be happy! The official trailer is out and although we don’t understand a single word, it looks awesome! Kung Fu Yoga is a multi-lingual adventure comedy by a Chinese-Indian co-production of Taihe Entertainment and Shinework Media (China).

Bollywood actress, Disha Patani has been building the hype for her international release and so far, we’d say it looks mind boggling with all the crazy action sequence going on in the trailer. The actress shared the trailer on her Instagram account.

In the Indo-Chinese film, Sonu Sood plays an Indian tycoon while Disha Patani plays the role of an archaeology professor, Ashmita, and Amyra Dastura plays the role of Jackie Chan’s assistant (Kyra). Together the team with Jackie Chan, a renowned professor of archaeology at the Terracotta Warriors Museum in Xi’an. Together set out on a journey to find India’s long-lost Magadha treasure in Tibet.

Keeping the Bollywood touch alive, Kung Fu Yoga will also have a dance number with the lead cast. The song has been choreographed by Farah Khan. The movie is set to release on January 28th, 2017.

Disha Patani – 9 Reasons Why We Think She is the Next Bollywood Queen!