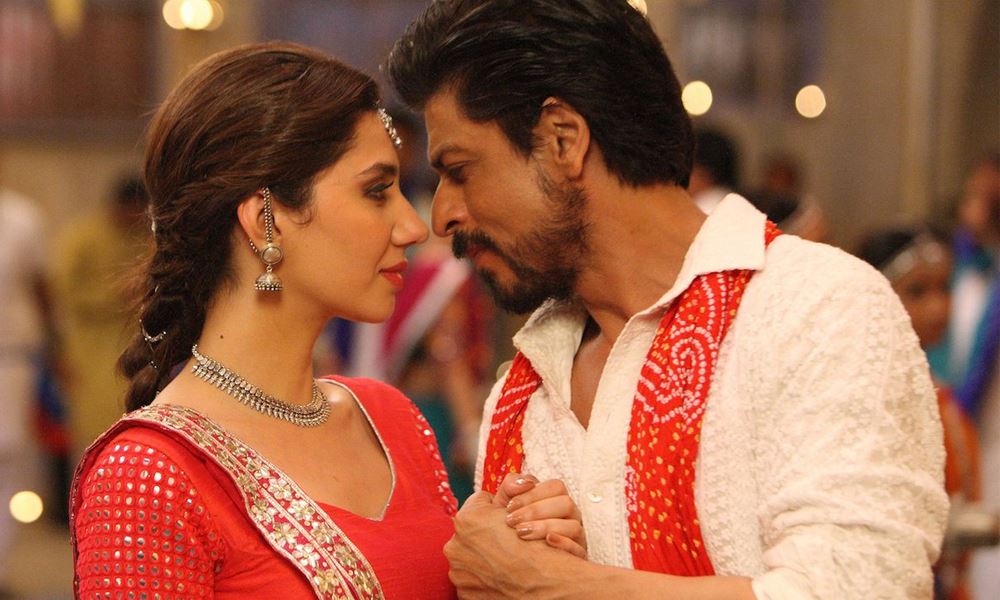 She may be banned from India but Mahira Khan is making sure to promote her debut Bollywood movie, Raees. This Shah Rukh Khan starer action flick is going to one of the most controversial yet most awaited movies of the year.

The beautiful actress took to her Instagram and shared a behind the scene shot from the shoot of Raees song, Udi Udi. The actress looks stunning in traditional desi look in a bright pink and yellow dress.

According to sources, Mahira will also officialy promote Raees in India through Skype (All hail the technology). The actress will give interviews to publications and hold live chats all from across the border.

Mahira Khan also shared a custom-made Raees shirt on her Instagram a few days back.

Ever since it was released last week, Zaalima song has garnered over 25 million. The sizzling chemistry of both artists has caught the eye of many in India as well as Pakistan.

Will Mahira Khan’s Skype promotions be as effective or not? Will the movie do well when it releases across theaters in India on January 25? Stay tuned to find all that and more!