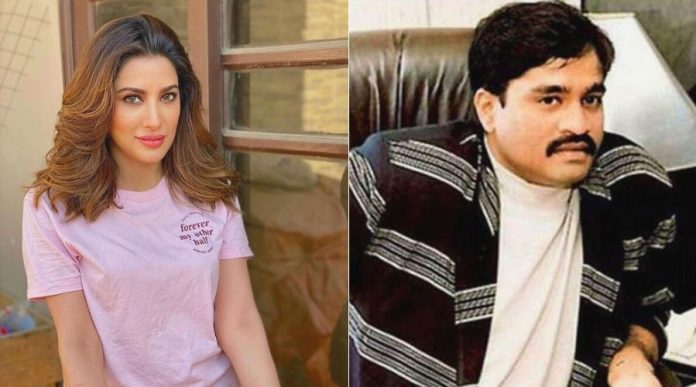 With several ridiculous news and rumours reported by the Indian media against Pakistan, yet another accusation has made its way that says that the popular Pakistani actress Mehwish Hayat is allegedly having an affair with the Indian wanted criminal Dawood Khan.

Zee news made this report public by accusing the actress of having intimate relations with the Indian Gangster of which Mehwish Hayat feels that they are “unfounded accusations”.

The globally recognized underworld don and India’s most-wanted terrorist is apparently engaged to Mehwish Hayat, who is 27 years younger than Dawood, a Zee News expos reported.

Mehwish Hayat took to twitter to bash the Indian media outlets who without any confirmation have rolled on with such news which is not even “worthy of clarification”.

I will not give credence to the unfounded accusations being made about me in some Indian media by issuing a statement. I know exactly what their agenda is & why they’re doing this. All I will say to them is that this kind of gutter journalism will not shut me up. I will … 1/2

Mehwish claims that she exactly knows why these indian media outlets are throwing her name around with just anyone as they have an ulterior and hidden motive behind all this. To such dirty antics she said “All I will say to them is that this kind of gutter journalism will not shut me up.”

She also went on to share that India should maybe look at what atrocities they are doing in Kashmir and that she will never stop speaking for them.

I will continue to highlight their atrocities in Kashmir and to call out Bollywood for its hypocrisy. Oh BTW next time if you want to link my name with someone .. may I suggest @LeoDiCaprio ? 😁

She also threw in a little laugh for her fans that if India should feel like linking her again with anyone, they should maybe link her with the legendary Leonardo DiCaprio.

Hayat response came after India’s Zee News broadcast multiple reports claiming that Dawood Ibrahim lives in Karachi and the gangster is in a relationship with Hayat.