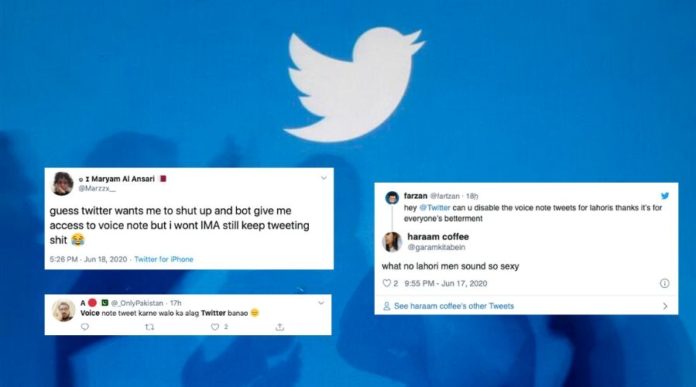 Twitter yesterday announced the launch of a new feature that’s designed to allow people to tweet with their voice, sending voice-based messages instead of text.

Rolling out today on iOS, you can now record and Tweet with audio. pic.twitter.com/jezRmh1dkD

“Twitter is where you go to talk about what’s happening. Over the years, photos, videos, gifs, and extra characters have allowed you to add your own flair and personality to your conversations. But sometimes 280 characters aren’t enough and some conversational nuances are lost in translation. So starting today, we’re testing a new feature that will add a more human touch to the way we use Twitter – your very own voice.” The press release said.

Twitter users can capture up to 140 seconds of audio, but continuous recording is possible and longer audio will create multiple voice tweets.

Twitter is testing voice tweets with a limited number of people on Twitter for iOS at the current time, but the company says that in the coming weeks, everyone on iOS should be able to send voice tweets.

When a user attaches a voice or audio recording, it will appear as a graphic with their current profile picture. The feature adds an additional option in the compose tweet window. Next to the usual camera icon, iOS users will now find a wavelength icon for audio recording.

Twitter is taking this step to make the platform more interactive. The Voice tweet feature has garnered a lot of mixed reactions from Twitter users, and Pakistanis have jumped on the bandwagon trolling Lahoris especially along with other cities accents in recent tweets.

Some defend the revered accent

what no lahori men sound so sexy

Jeez dude
You didn't have to attack them like that

Faisalabad also got dragged into the trolling

This battle of the cities and their cultures and their languages are a thing that will remain for the rest of our days, for now we are looking forward to this latest feature by Twitter and how it will play out once people get the hang of it.