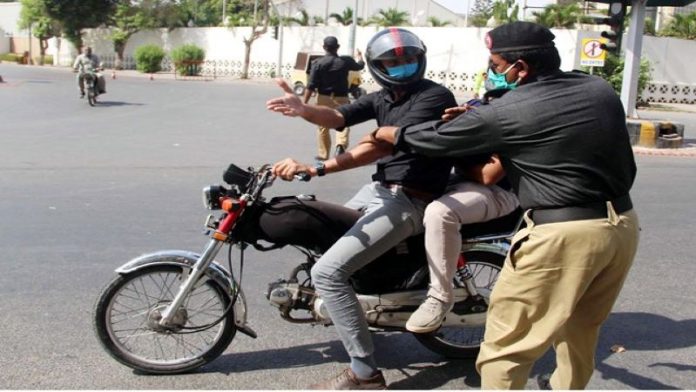 The Sindh government on Wednesday imposed a ban on pillion riding on Muharram 9 and 10 to maintain law and order in the province.

Ban has been imposed under Section 144 of the Criminal Procedure Code, according to a notification issued by the provincial home department.

“The ban shall not be applicable to women, children below the age of 12 years, senior citizens, journalists, personnel of law enforcement agencies and security agencies in uniform and employees of the essential services,” read the statement.

The ban, however, will not be applicable to women, children under the age of 12, senior citizens, journalists, law enforcement personnel in uniform as well as employees of essential services.

The ban has also been placed on public display of weapons, aerial firing and gathering of five or more people apart from Muharram’s procession.

Assembly of five people except for Muharram processions, majalis and tazia, objectionable, provocative wall chalking, banners, posters and speeches are also banned for 10 days under Section 144.

The Government of Punjab has decided to shut down cellular phone services on 9th and 10th of Muharram as a precautionary measure during the heavily populated gatherings.
Earlier, the Punjab government had announced that pillion riding will be banned throughout the province from Muharram 1 to 10.