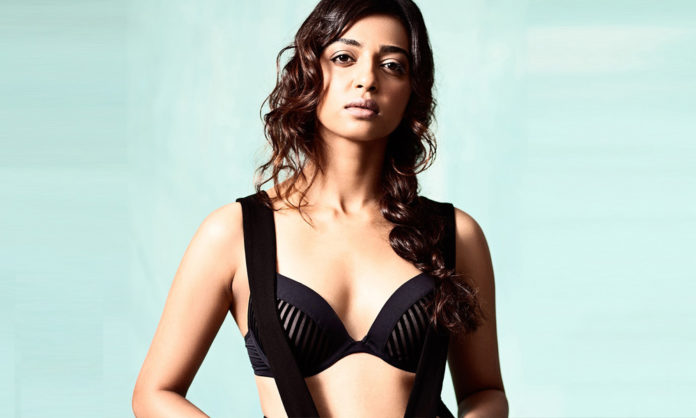 During a recent interview with the media, Radhika Apte got angry over an inappropriate question asked by a journalist, regarding her leaked nude scene from her recent release, Parched.

The intense lovemaking scene between Radhika and actor Adil Hussain from the movie Parched got leaked and took whole media and social media by storm before even the trailer was released.

However, the controversy ended with time, but during a recent interview, when Radhika Apte was asked about the leaked scene, she couldn’t keep her cool and burst out with anger. To his reply, she said “Sorry, but your question is very ridiculous. Controversies are made by people like you. You saw the clip, you shared with other people, you are the person..”

She further said, “I am an artist, if I am required to do a certain job then I will do it. If you get out of your cocoon and look at the world cinema and what people are doing abroad, what people are successfully doing, who are not ashamed of their bodies, you’ll probably not ask me this question. People who are ashamed of their bodies have the curiosity about other people’s bodies. So if you want to see a naked body tomorrow, look at yourself in the mirror or yourself rather than my clip!”

Radhika has been vocal about a lot of unmentionable stuff in the past and she has always spoken what’s in her mind. Rather than giving any sort of clarifications, she always talked about how the film is much more than just a nude leaked scene. Check out her aggressive response to the reporter: