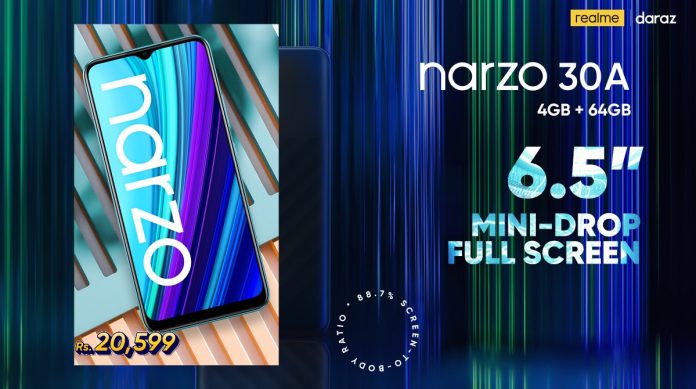 The young and trendsetting smartphone company, realme brings another amazing phone to its young customers. Realme recently launched its gaming phone Narzo 30A in Pakistan with the slogan “Feel the Power”, highlighting its powerful features. The phone is becoming immensely popular due to its high-end features and pocket-friendly price segment. It is said to be the best phone in only PKR 20,599 and is already setting high sale records.

The gaming beast from realme, Narzo 30A is the first variant in Pakistan from the global Narzo series of the brand. The series has already launched three variants in the international market. Narzo 30A is equipped with powerful features including a MediaTek Helio G85 processor, a 6000mAh Mega battery, and supports Reverse Charging. It also comes with a massive 4GB RAM + 64GB storage, a 16.5cm Display, and other amazing features making it’s a sleek stylish phone. 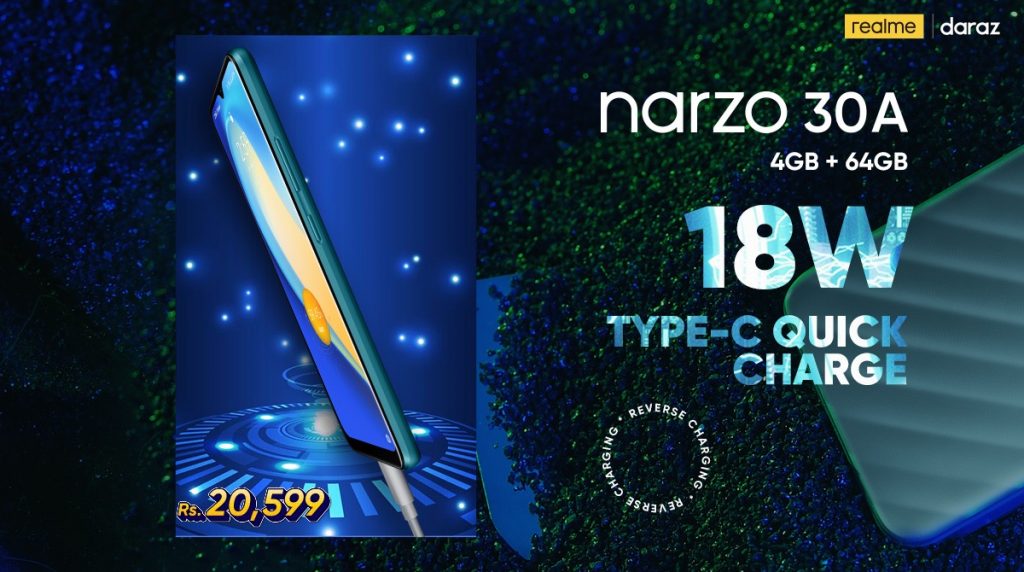 The feature that stands out most in this gaming phone is the MediaTek Helio G85 processor containing a 12nm Octa-core 64bits Processor and 200000+ Antutu Benchmark. This is a powerful chipset from MediaTek, a market leader in developing advanced systems-on-chip (SoC). It powers more than 2 billion connected devices globally every year. The MediaTek Helio G85 pumps its Arm Mali-G52 GPU up to 1GHz, while MediaTek HyperEngine is not just a gaming technology but supports and enhances the overall performance of the device making it a performance beast.

Another amazing feature for gaming is the enormous 6000mAh battery and 18W fast charge. These enable the user to play games nonstop without worrying about a battery run out. The stylish outlook of the phone makes it an overall deal to flaunt around friends. Apart from this, realme is conducting a massive, fun-filled online gaming competition where multiple teams will face a Battle Royale. The winning team receives a grand prize of PKR 400,000. The registrations are simple and there is no restriction for anyone to participate. This is going to be one of the biggest gaming sessions online happening in Pakistan. So hurry up, grab your Narzo 30A and register to win the grand prize!