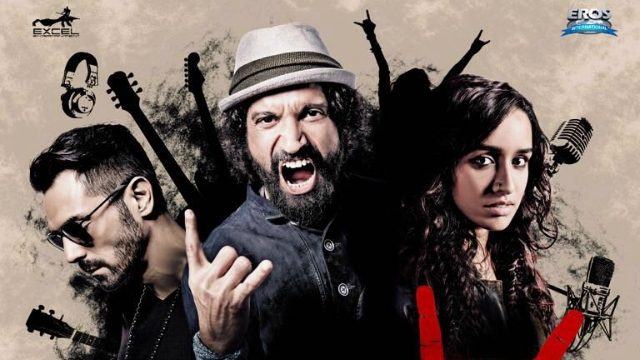 The stage is set, the musicians have prepped hard and it’s time to relive the ‘Magik’ with Farhan Akhtar, Shraddha Kapoor and Arjun Rampal starrer, Rock On 2 movie. Scroll down to see the poster and teaser of one of the most awaited Bollywood movies of 2016.  Rock On 2 Teaser came out and it was deja vu all over again. Farhan Akhtar is playing in front of vast audiences minutes after we see him rowing a boat on a placid lake. Farhan, Arjun Rampal, Purab Kohli and Prachi Desai are reprising their roles in Rock On 2.

In the Teaser, Farhan tells his audience, Magik has not performed for many years and is only back for a reason and, as he says, “This Is It!” The poster is appealing and yes it is bringing some ‘Magik’. The poster informs along with film’s tagline, “Every generation finds its voice.” 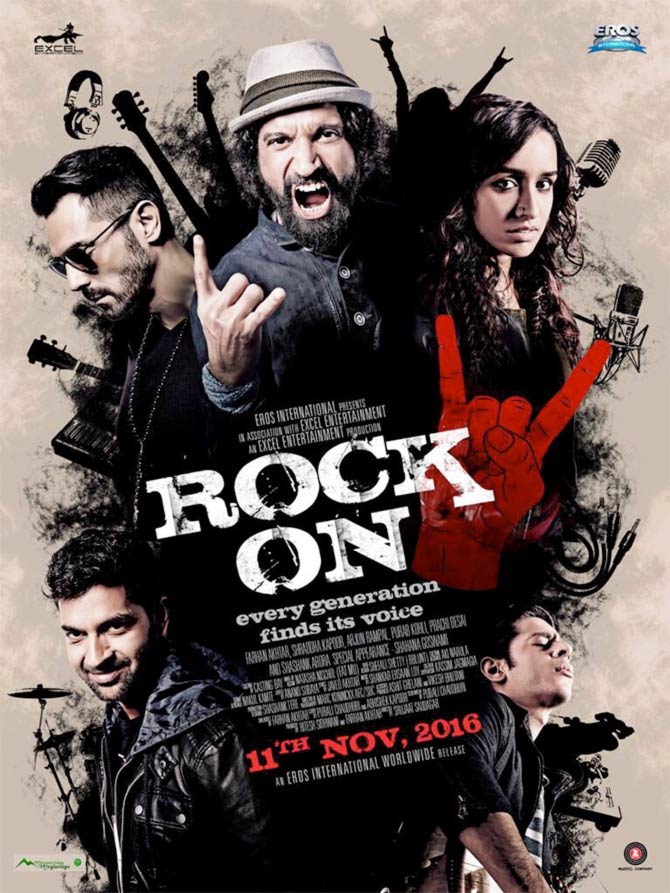 Just like Rock On, we expect this part too to be another roller-coaster ride of friendship and emotions. After its poster, The sequel has been shot in Shillong and also includes a folk song in Khassi. The music is expected to be more mature, just like its main cast. They have included instruments like keyboard and sarod and expect more matured writing.

Rock On!! came out in 2008 and was an immediate success. It launched Farhan’s career as an actor as well as a singer. It also gave a new lease of life, and a National Award, to Arjun Rampal. Directed by Shujaat Saudagar and produced by Farhan Akhtar and Ritesh Sidhwani, Rock On 2 will release on November 11th.