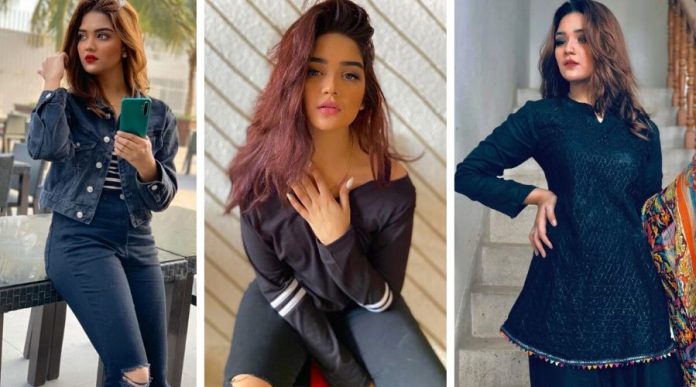 Romaisa’s profile features song lip syncs, comedic skits and recreating famous scenes from iconic movies, and these are some of the videos that has given Romaisa the fame that she has.

Romaisa Khan was one of the TikTok stars who was invited on “Bol Nights with Ahsan Khan”.

Here are some of the videos that have caught the attention of millions, so watch along.

Delivering perfect moves accompanied by killer expressions, this video by Romaisa Khan stands at 8.2 million views with its perfect delivery. While lip syncing to the upbeat song, Romaisa is sporting a silky jacket with black top.

Nailing the comedic delivery in this video, Romaisa perfects each expression and gives a performance that gives laughing fits to the viewers. Sporting the “Cinnamon Rolls” of Princess Liea, Romaisa is seen in a cute yellow sports tee.

Did you get the concept? 😈 #actingwar

Delivering a chilling performance with made-up bruises and marks to the Bollywood song. A strong message has been delivered in the video and has garnered 3.9 million views due to its powerful delivery.

Enacting the comedic classic by Rajpal Yadav, Romaisa performance gives a hilarious flair to her profile. The scene being recreated is from the Bollywood classic “Chupke Chupke” and the video gained 3.5 million views.

Garnering 3.8 million views is this mega collaboration between the biggest TikTokers in Pakistan. The video features Hussain Tareen, Laiby Baby, Hafsa Khan, Malik Usman and Shaheer Khan. The video is a fun back and forth between all the TikTokers.

Delivering killer moves at the hit song “Goa Beach”, Romaisa Khan grooves to the song effortlessly. The young TikToker is seen wearing a black tee shirt with satin detailing and the video has gained over 4 million views.

A Punjabi recreation of the Spanish super hit “Despacito” has been lip synced to perfection. The TikToker is seen wearing an all-black outfit that perfectly complement the edgy performance. The video gained 4.3 million views.

This video features the talented hairstylist and makeup artist Kashee who transforms the already beautiful Romaisa Khan into an even more glammed up model by putting on her a custom made wig to go with her natural hair color, showing his skill as industry’s top stylist.

People definitely love Romaisa’s sense of humour and acting skills, so get entertained by this super talented TikToker.