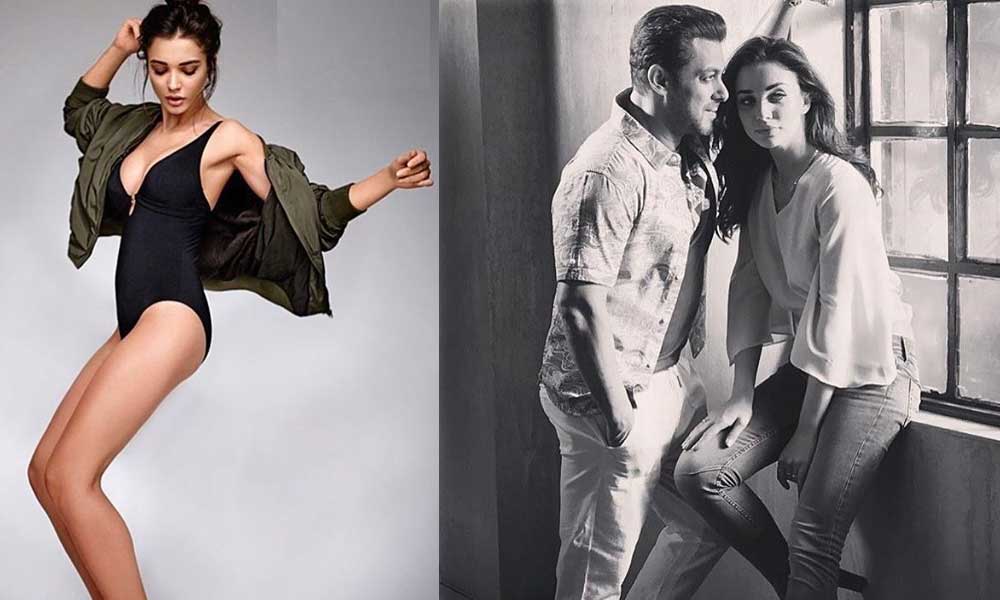 Guess who is the new face of Salman Khan’s Being Human brand? It’s the super sexy and hot Amy Jackson! The hottie shared an adorable picture with Salman Khan on her Instagram. The British model turn actress captioned the image saying,

“Over the moon to be part of the new #BeingHuman Campaign with @beingsalmankhan.”

Styled by designer Ashley Rebello, Amy flaunts a bell-sleeved casual top with a pair of fitted denim and Salman Khan flaunts a floral shirt.Amy looks super gorgeous with Salman Khan by her side.

The pictures are for Being Human Spring/Summar 2017 campaign. They are proof enough that these two need to do a movie asap! What do you guys say?