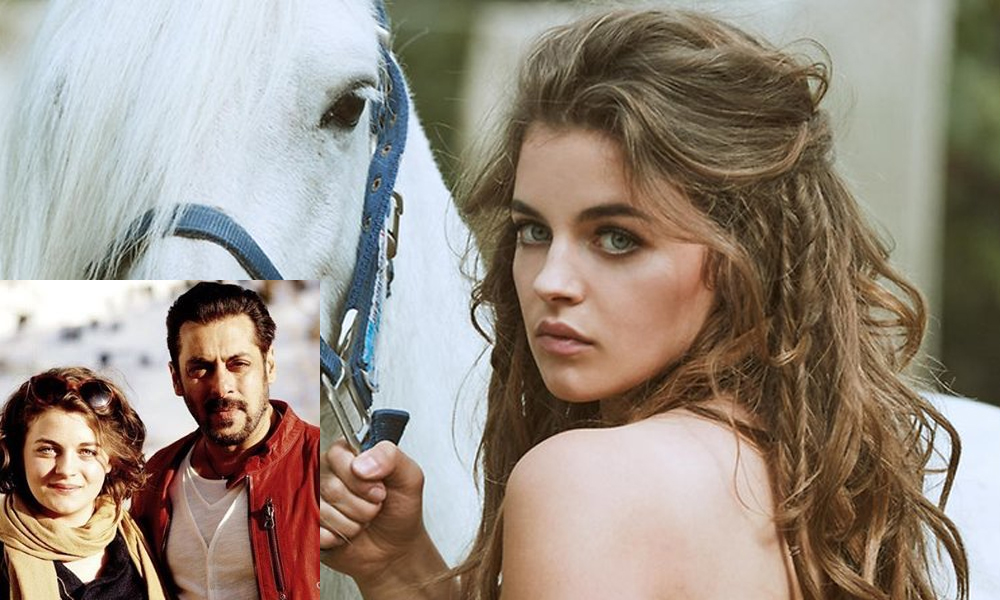 Salman Khan is busy shooting for Kabir Khan’s next, Tiger Zinda Hai and by now, we all know Katrina Kaif is his leading lady in the movie. But recently, a picture of Salman Khan on the sets of Tiger Zinda Hai movie has surfaced the internet. The actor is seen posing with the Austrian actress and playboy model Ronja Forcher.

According to the reports, Ronja will play a cameo role in the movie. Salman Khan looks casual chic with Ronja Forcher in the picture, who also reportedly stars on the cover of this month’s Playboy.

The actress is just 21 years old. She was born in Innsbruck, Tyrol, Austria. Ronja is already a popular actress in Austrian cinema. Having done more than 3 films. She has also starred in many TV series including Mountain Medic (2008-2017).

Looks like Salman Khan has a preference for videshi girls.. what do you guys say?