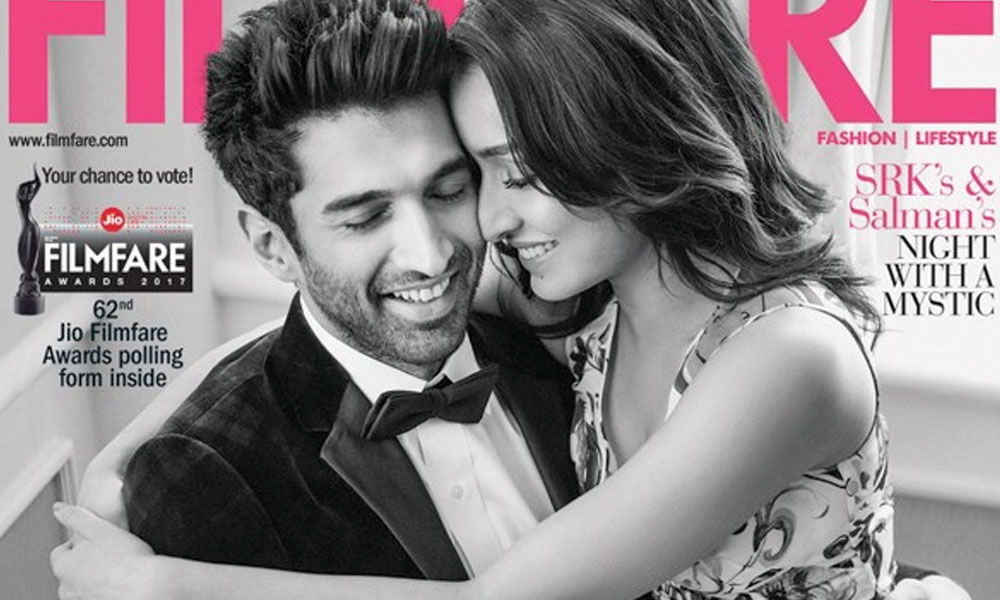 Here is a New Year surprise for Shraddha Kapoor and Aditya Roy Kapur fans who are excitedly waiting for the release of Ok Jaanu. The Aashiqui couple has done a sizzling photo shoot for Filmfare magazineís latest shoot and we can’t stop looking at the intimacy!

The two onscreen lovebirds look lost in each other on the main picture.

Aditya Roy Kapur and Shraddha created magic in Aashiqui movie and they are back with another contemporary intense romantic tale in OK Jaanu. The movie has a strong influence from the cult favorite Saathiya and why not? Itís the same director, Shaad Ali.

Ok Jaanuís star cast includes Aditya Roy Kapur and Shraddha Kapoor in the lead roles, portraying a young couple in a live-in relationship in Mumbai with Naseeruddin Shah and Leela Samson play supporting roles as an older couple in the film, portraying the younger couple’s landlords.

A. R. Rahman has composed the film’s score and soundtrack while Gulzar is the dialogue writer of this film.

The newly released music album of Ok Jaanu is already a hit among the younger lot. The movie is all set to hit the theaters on 13th January 2017.