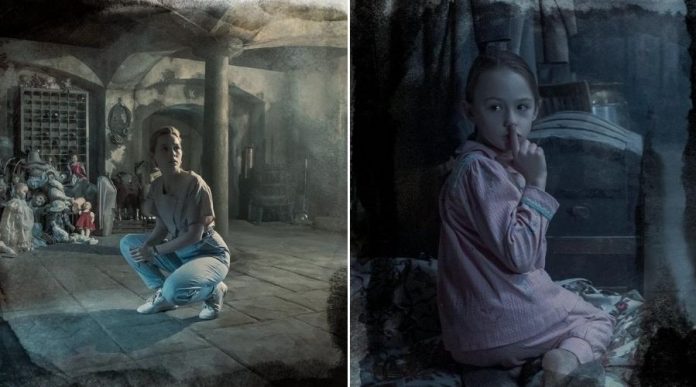 After releasing a scary and mega successful first season, “Haunting Of Hill House” is back with another installment and the first look has been released by Netflix.

The Haunting of Hill House’s critical and commercial success encouraged Netflix to produce its follow-up from the same creator.

Netflix revealed the first look images from Mike Flanagan’s Haunting of Bly Manor, which is a sequel to The Haunting of Hill House, but the Craine family will not be at the center of the show’s story this time rather adapt Henry James’s award-winning ghost-story novella The Turn of the Screw instead.

The show will be called “The Haunting of Bly Manor”. It was also announced that the show was primed to debut on Netflix in fall, around Halloween making it a little more tempting to watch and a whole lot scarier.

The first-look images also reveal the show’s new set and the new manor looks different from the original Hill House as the creator wanted the feel to shift as per the narrative and not be repetitive. The concept of possessed places and possessed people remain intact in the new season.

“At its foundation, the Haunting series is very much about haunted spaces and haunted people. The way we make those things dance together is really going to be what’s uniform about Hill House and Bly,” Flanagan said of the upcoming season.

“Outside of that though, it was really important for all of us not to play the same notes we played for the first season.

The first season is very much entrenched in family dynamics and death and grief and loss and child trauma. We all collectively felt like we’d said everything we wanted to say about that.”
Victoria Pedretti, who portrayed Nell Crain in Hill House, will take on the role of governess Dani Clayton, with Luke Crain actor Oliver Jackson-Cohen portraying Peter Quint and Henry Thomas taking on the role of Henry Wingrave. Kate Siegel, who portrayed Theo Crain, will also return in an unknown role.