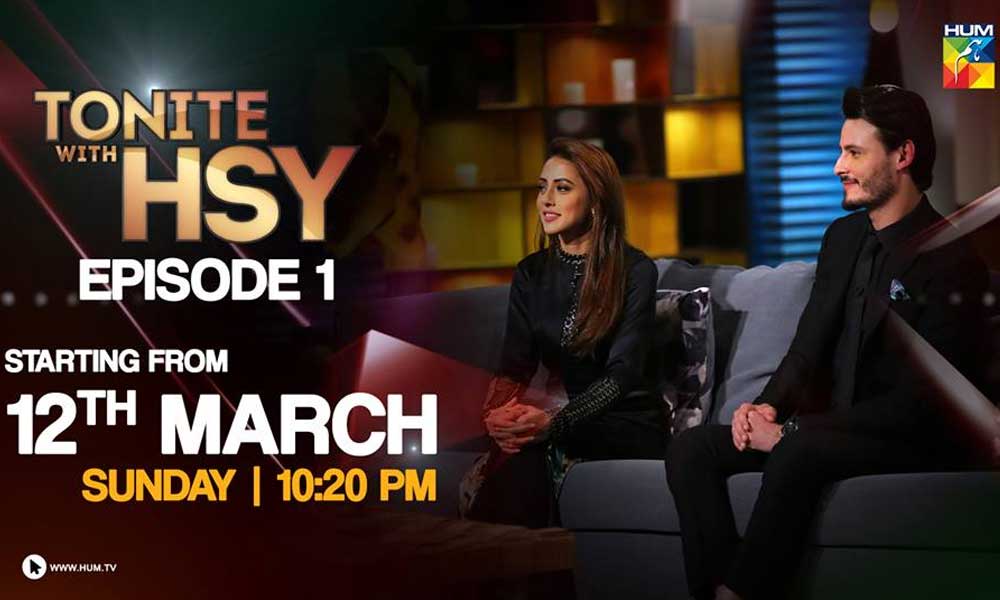 Pakistan’s popular celebrity talk show – Tonite With HSY is back with its season 4 with the host Hassan Sheheryar Yasin on Hum TV. Scroll down to get the entire latest scoop on the show including the guest list, show timings, behind the scene fun and more!

The 4th instalment of the talk show begins on Sunday (March 12th, 2017). The Pakistani version of famous Koffee with Karan has created a niche for itself amidst the morning show cluttered content. The designer host HSY has so far completed 3 successful seasons and is excited about the 4th season too.

In an interview to a local website, he said, “The entertainment industry is going towards a whole new blood and a whole new energy is being formed. They not only deserve to be there, but people need to know them as well.”

The new season of Tonite With HSY has the similar format with a fresh appeal to suit the current times.

HSY keeps his audience on the hook by regularly posting selfies with his guests on the show. So far, the somewhat elite guest list includes Syra Shehroze, Ushna Shah, Mira Sethi, Zhalay Sarhadi among others.

The first episode of the show will have the Balu Mahi costars, Osman Khalid Butt and Ainy Jaffri on the couch

Check out some behind the scene shots of the episodes here:

Aisha Khan looking elegant for her appearance on the show

Syra Shahroze with her sister and HSY

Meekal Hassan & Ushna Shah will attend the show together.

Stay tuned to find out more updates on the show with Mediagupshup!