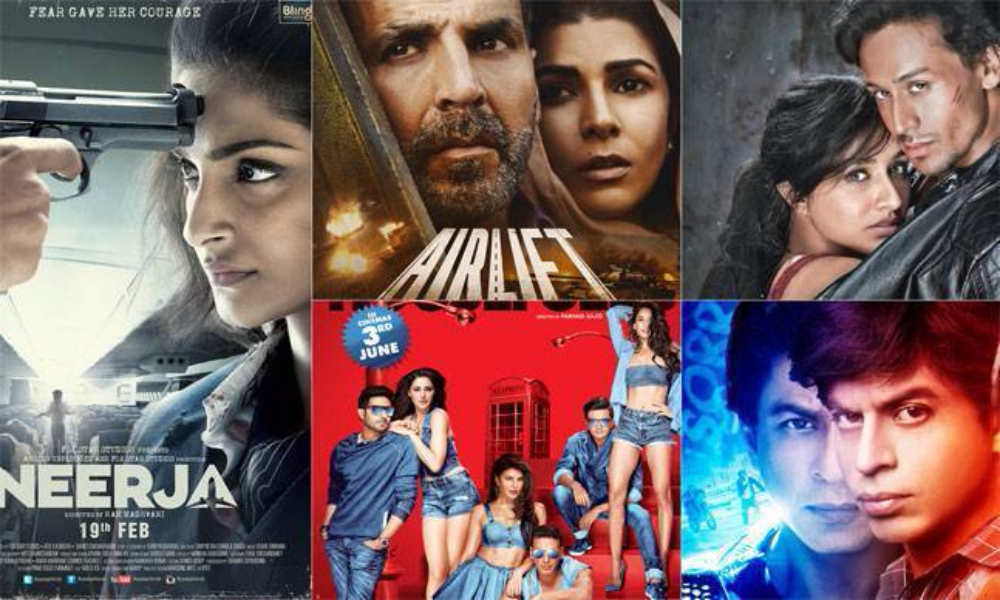 This year was full of Rock, Dance and Signature Romantic songs from Bollywood. With a lot of people to hear from, a lot of websites to get information from. Sometimes you think this song cannot make it to the top song, but some songs make it because not every song is according to your genre and mood.

Here is the list of top songs of Bollywood which were released in the year 2016:

1. Kala Chashma – Baar Baar Dekho. This song really broke all the barriers of Hindi Music Dance. However, it became the second most watched video in terms of Bollywood Music songs. The dance and beat make your body move automatically.

2. Kar Gayi Chull – Kapoor & Sons. A little early in the year, the early bird and unique story movie were a hit at the box office as well its songs. Kar Gayi Chull was almost played in all the weddings on repeat!

3. Bulleya – Ae Dil Hai Mushkil. This song had that Sufi touch love in its music. Amit Mishra and Shilpa Rao just nailed it with their magical chemistry.

4. Gerua – Dilwale. Love was in the air again as the eternal romantic couple Shah Rukh Khan and Kajol make a comeback with Dilwale. This was one of the most awaited films of 2015. With music by Pritam, heartfelt lyrics by Amitabh Bhattacharya and sung by the soulful voices of Arijit Singh & Antara Mitra.

6. Nashe Si Chadh Gayi – Befikre. The movie which has not yet released, the song is already having 79 million hits on YouTube. A feisty romance ensues between the two in which both of their personalities – one being an equal match for the other are tested to the limit. Here’s the daring love video!

7. Manma Emotion Jage – Dilwale. Varun Dhawan & Kriti Sanon show you love in hip-hop style with the super fun track, Manma Emotion Jaage is a party plus dance song in its own style! With Pritam’s fun music, Amitabh Bhattacharya’s lyrics and vocals by Amit Mishra. This song is sure to make you groove.

8. Channa Mereya – Ae Dil Hai Mushkil. The song full of soulful music. This was the most romantic song of Ae Dil Hai Mushkil music album. As the title of the song means “The Light Of My Soul”. Karan Johar’s favorite song on the album. Sung by Arijit Singh.

9. Jabra – Fan. A song for the fans by the biggest fan himself. Watch Gaurav go crazy in the “Jabra Fan”.

10. Tukur Tukur – Dilwale. The party season began with Tukur Tukur! The fun and the dance takes your hearts out in this the brand new song from Dilwale. Pritam’s music and Arijit Singh one of some party songs. Vocals gave incredible energy to this song. This was definitely the party starter of the season!