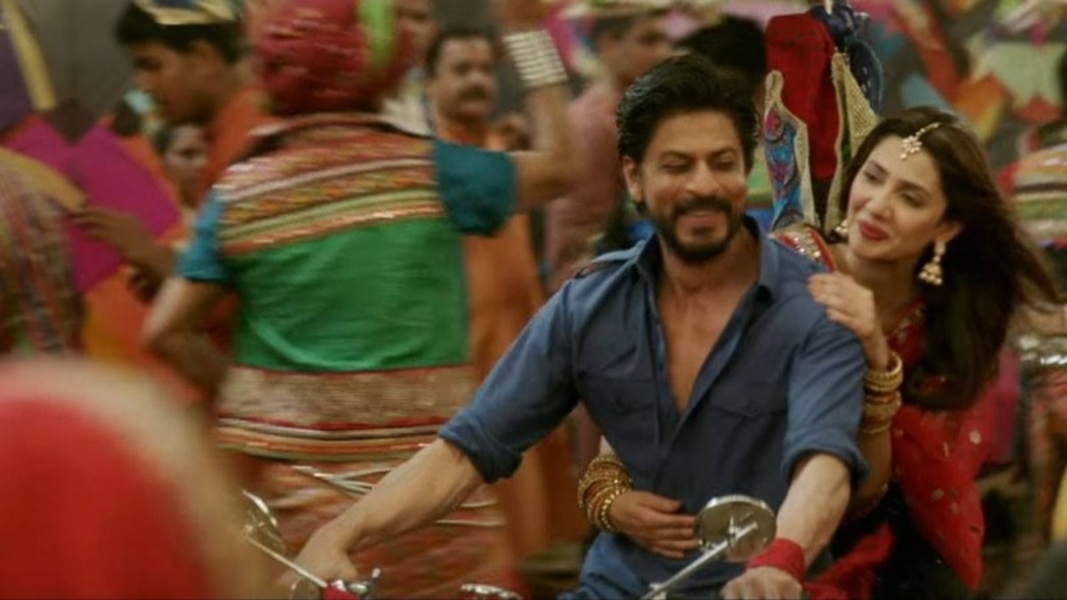 Raees trailer has finally put a hold on the tension where we can see Bollywood king Shahrukh Khan with Pakistani Beauty Mahira Khan. The trailer of the most anticipated film is out and all we can say is it’s just MIND BLOWING!. From the dialogues to the cast to the plot of the 70’s, everything is just Perfect! Oh, how can we forget about the sizzling chemistry between SRK and Mahira Khan.

The trailer has got everything covered and has given us the highlight about the plot on which the movie will revolve.  Besides the action and SRK’s avatar as a Gangster, the movie highlights the romantic scenes and the love shared by Mahira and Shahrukh Khan.

Watch the Trailer below:

The trailer shows Mahira and SRK sharing few god moments together and even sharing romantic scenes too. Apart from this, SRK has been shown in a never-seen-before avatar of a Gujrati bootlegger and his actions scenes will make you wanting for more. the versatile actor never fails to impress the audience with his roles and how well he fits into the story’s characters.

The trailer also shows Bollywood’s Baby Doll, Sunny Leone in an item song which will be a reprise of the popular ’80s song Laila O Laila.

Can’t wait for the trailer tomorrow? Here’s a new poster to keep you going until then. Ab #ApnaTimeShuru pic.twitter.com/kAEw6g52Ju

Here are some of the screenshots from the trailer that shows the chemistry shared by King Khan and Mahira Khan.

Directed by Rahul Dholakia, Raees is scheduled to release on January 26 next year. We can’t hold our excitement to see the sizzling couple together. let’s hope the films turns out to be a Blockbuster!