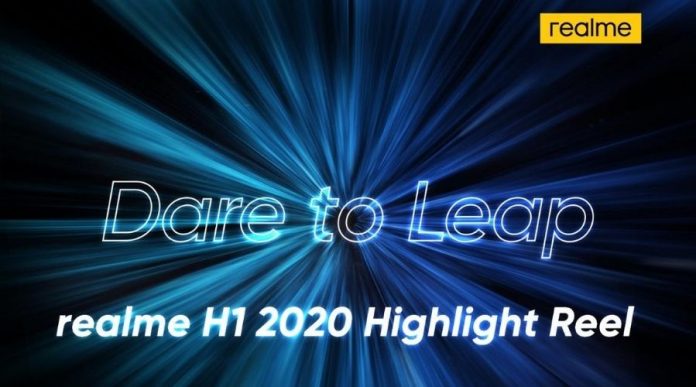 SHENZHEN, China, July 27, 2020 – realme, one of the leading smartphone brands globally has just released its H1 2020 figures and statistics. realme reported an 11% growth in Q2 2020, the only major brand to have registered a double-digit positive figure and has been named the fastest-growing smartphone brand in the world for four consecutive quarters by Counterpoint. In Q1, Counterpoint also reported that realme was one of the only two brands to have registered positive growth with 157% YoY.

Based on the latest user numbers, realme has added 15M users in the first half of the year. realme reported that it is now a TOP 4 smartphone brand in Thailand, India, Cambodia and Egypt, and also achieved TOP 5 in Myanmar, Philippines, Ukraine, Indonesia and Vietnam, according to the Counterpoint Research and IDC. 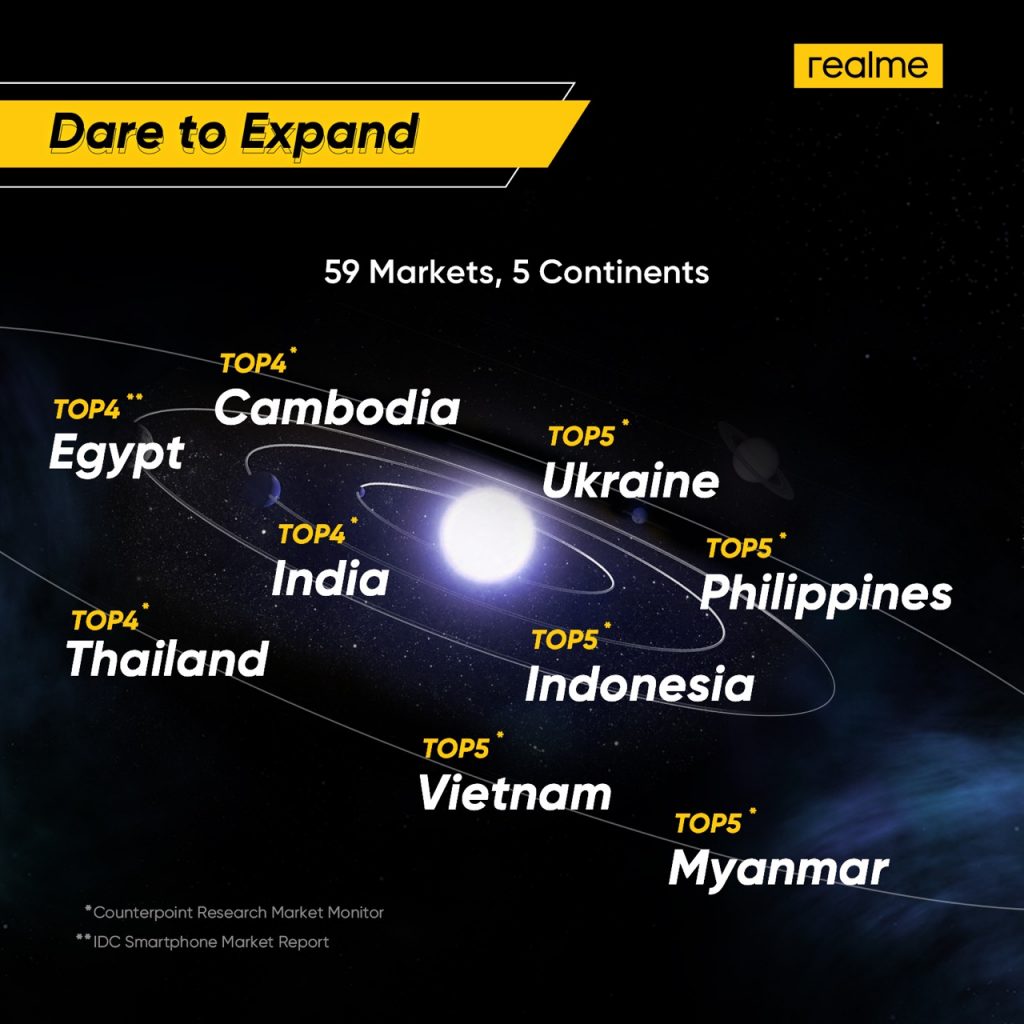 realme has focused on promoting 5G products in its retail markets, beginning with the X50 Pro 5G. realme has launched the first 5G-capable flagship phone in India, as well as Thailand’s first 5G phone. The company has also launched Cambodia’s first 5G phone under USD1,000. 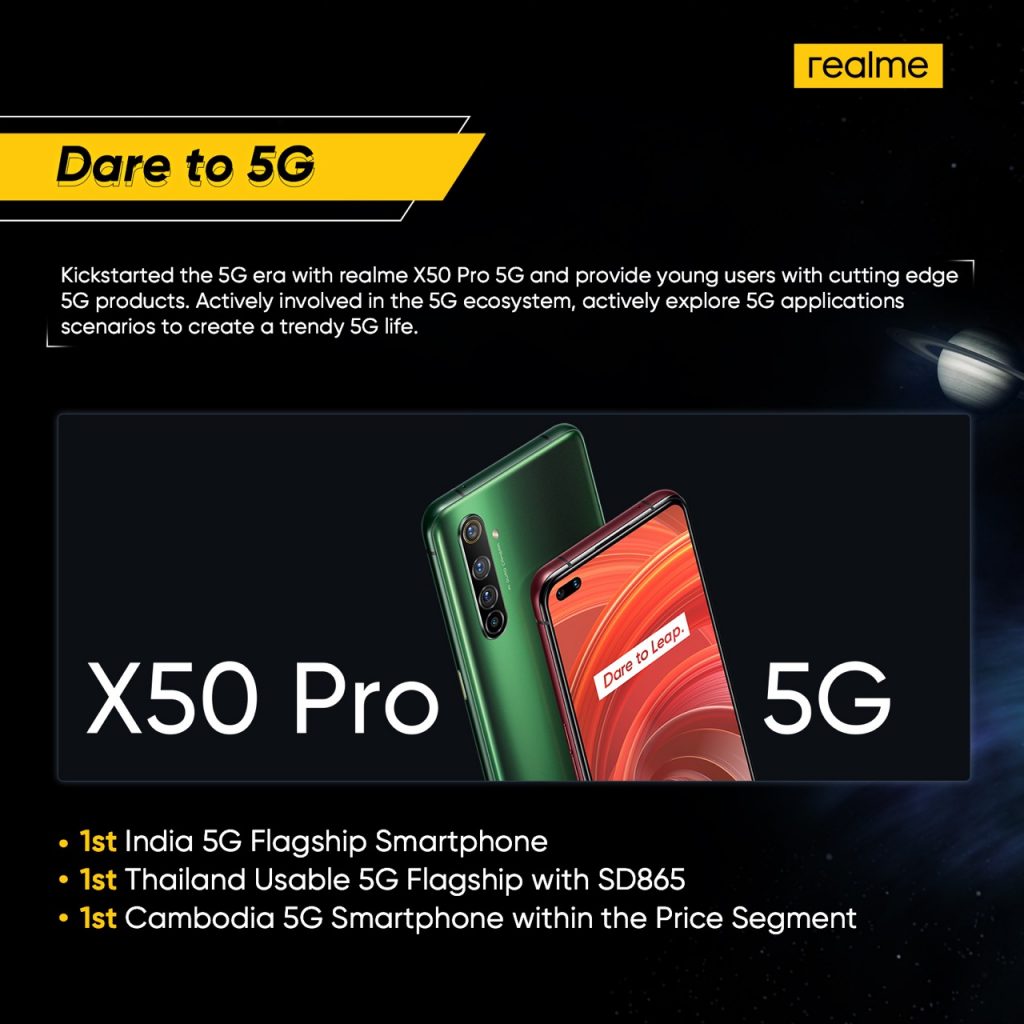 In 2020, realme has implemented a ‘Smartphone + AIoT’ dual-driven strategy. In spite of a challenging economic environment, realme has successfully met targets laid out in this initiative. realme is on track to launch over 50 AIoT products in 2020 and over 100 the following year. In Q1 2020, despite realme being a new entrant into the smart personal audio market in India, it has secured a third place in terms of market share, according to a report by Canalys, a research firm.

realme defines its AIoT strategy as a “1+4+N” initiative, which refers to one core product (smartphones), complemented by four major groups of lifestyle devices (speakers, earphones, TVs and watches) which is in turn supported by “N” types of smart accessories. 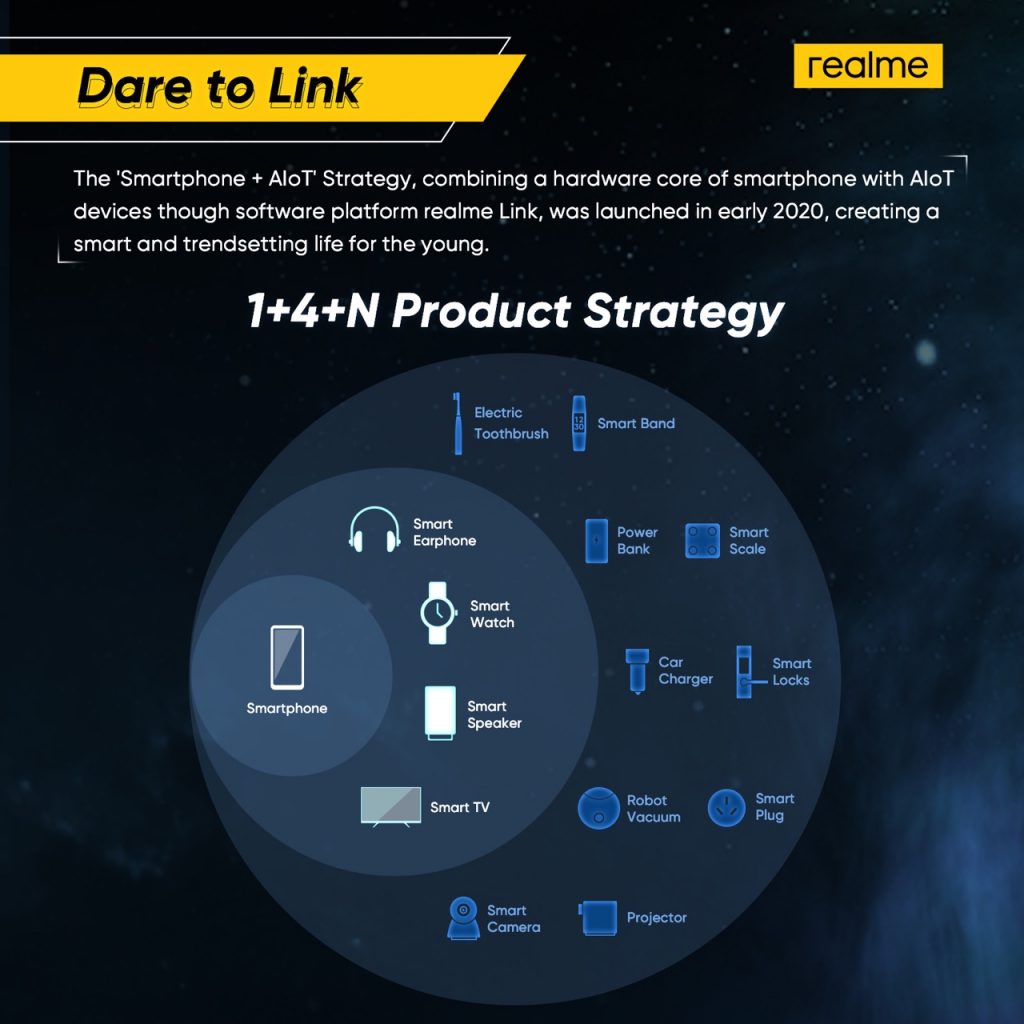 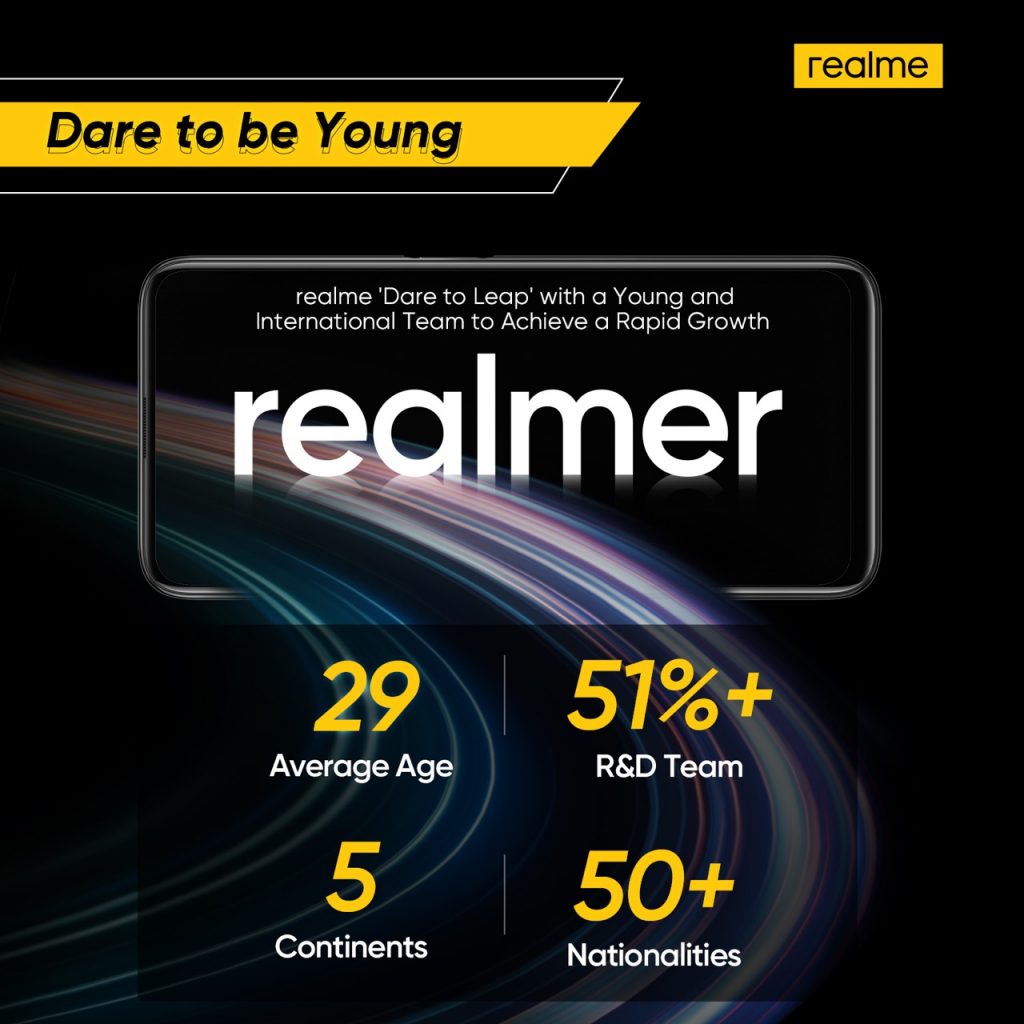 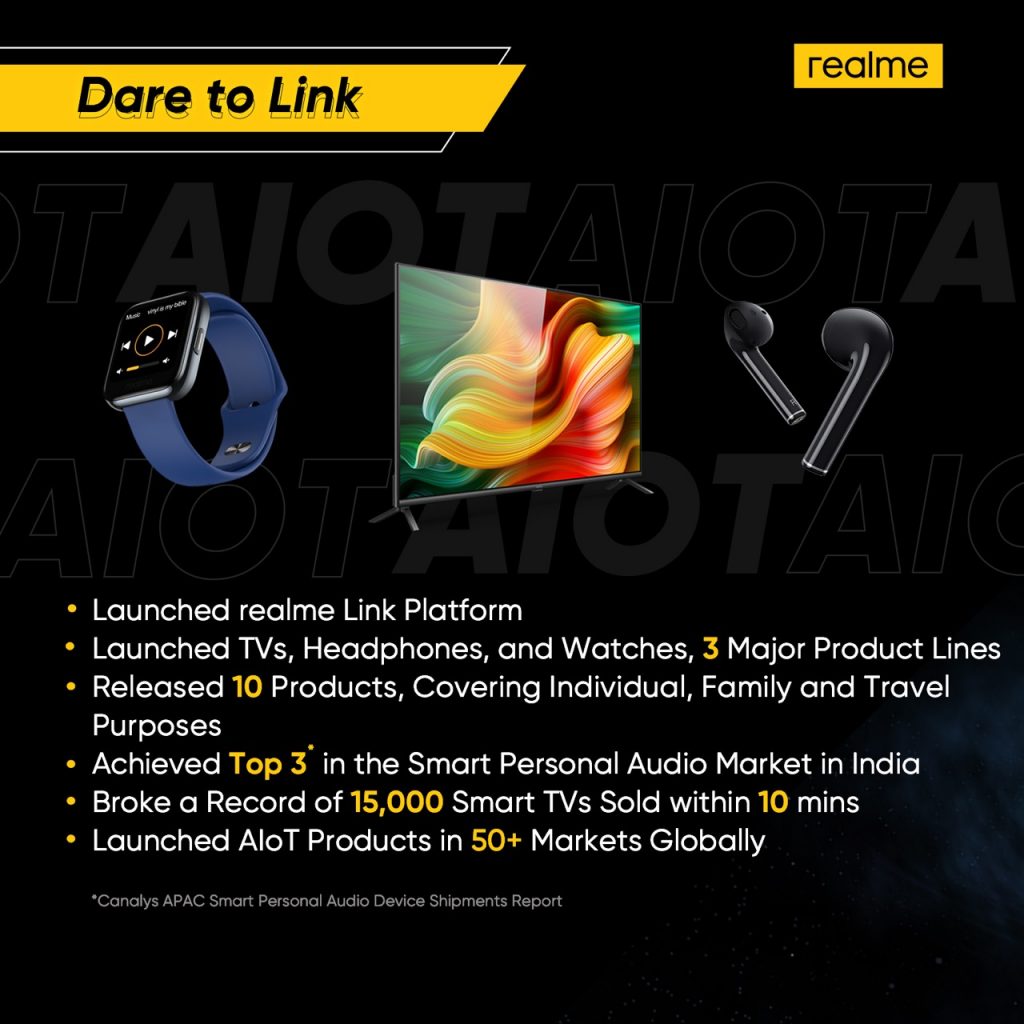 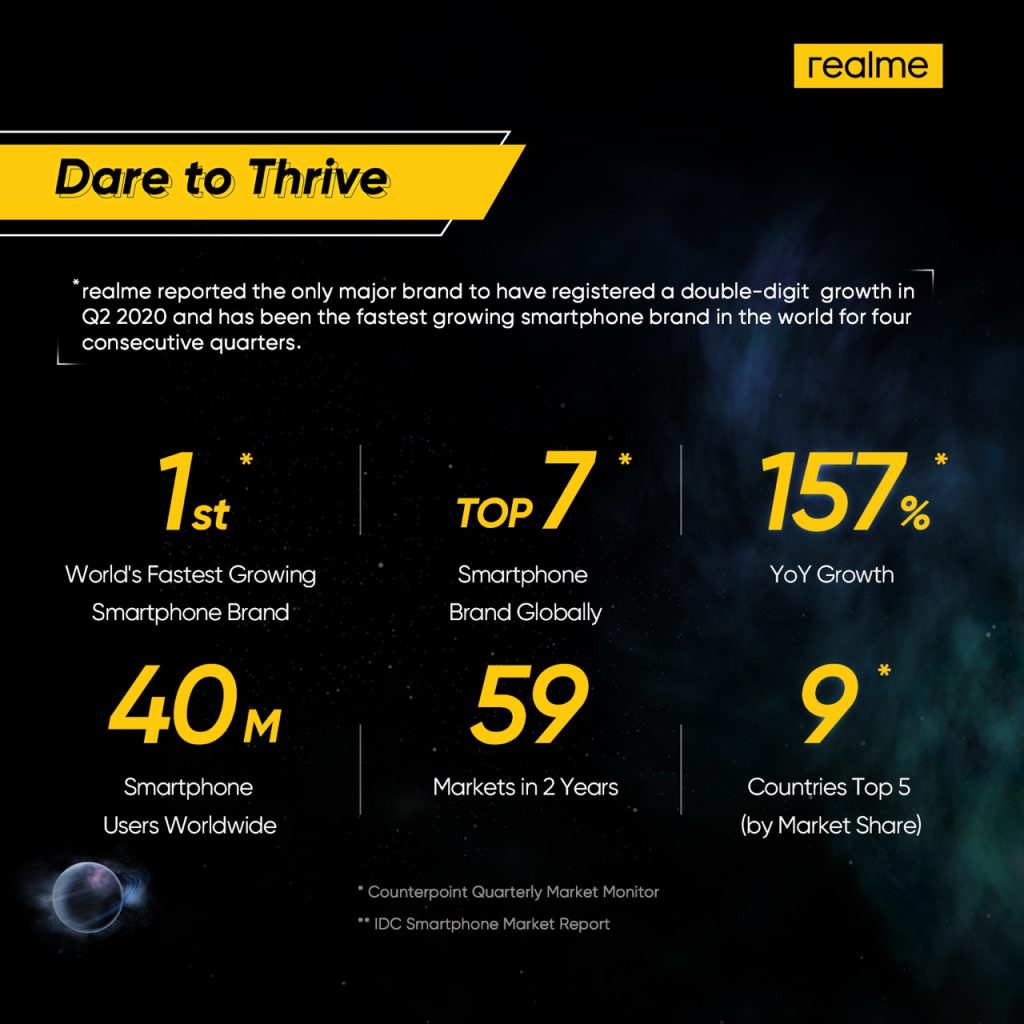 realme’s products have also made waves in the design world. In 2020, realme’s Design Studio has collaborated with world-renowned designers Naoto Fukasawa and Jose Levy, of Hermes fame to produce trendsetting realme products. 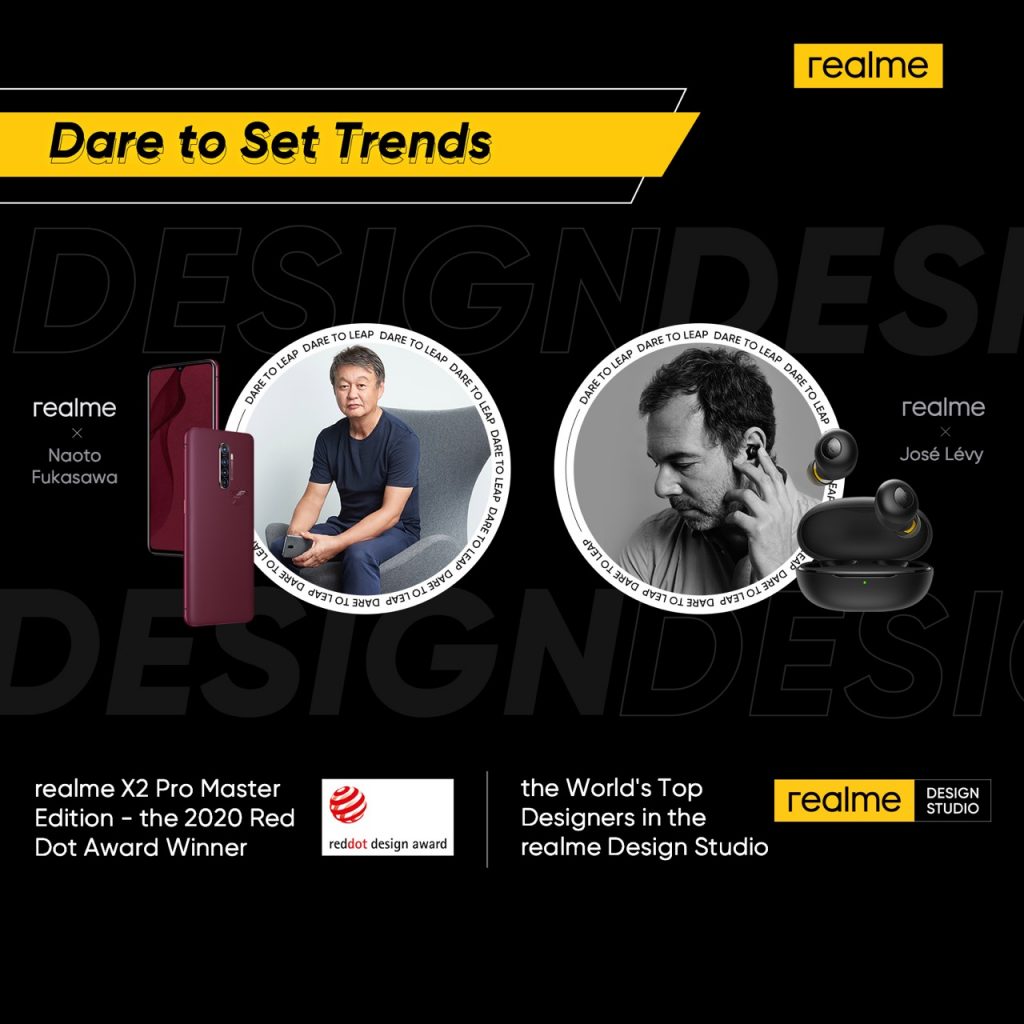 In addition, realme has won the prestigious Red Dot Design Award for its X2 Pro Master, issuing a strong challenge to incumbent brands. realme has pioneered innovations not only in design but also in technology, most notably when it launched the world’s first 125W fast charging technology. 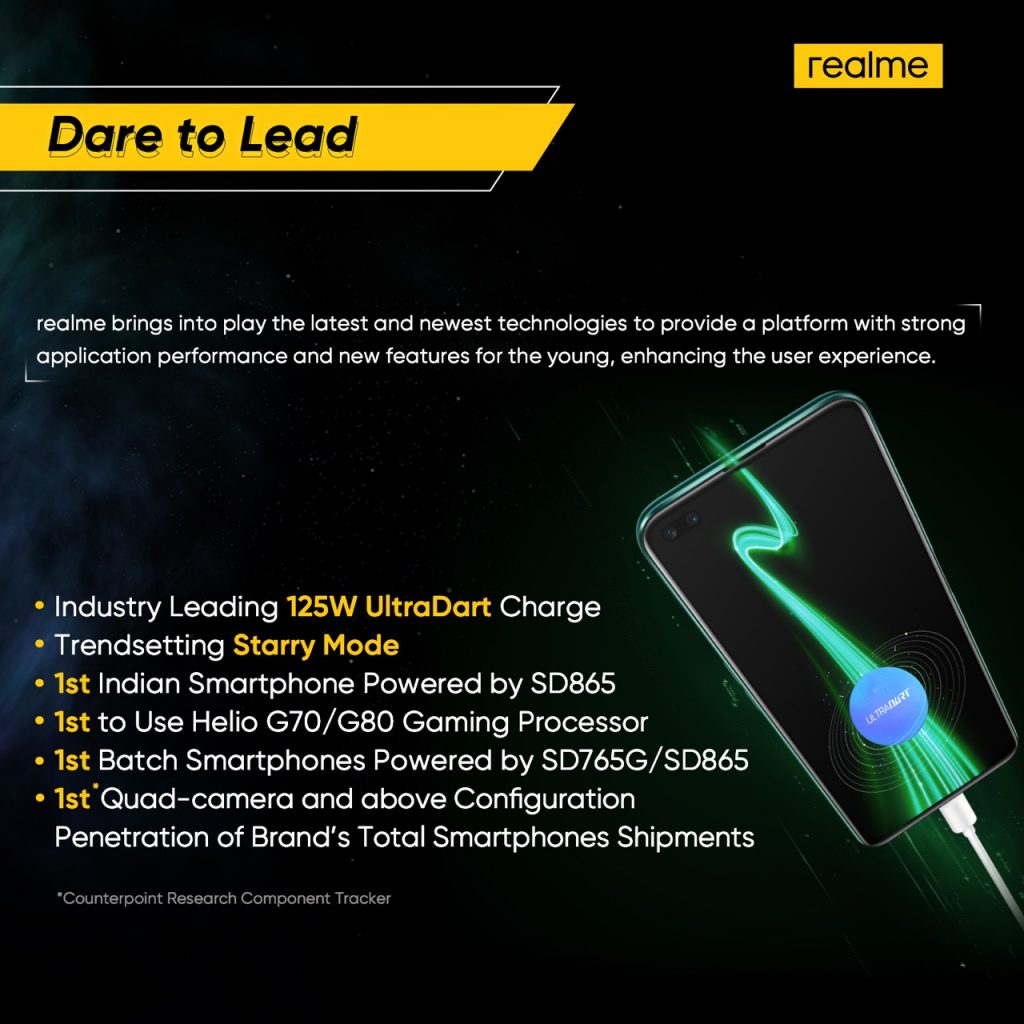 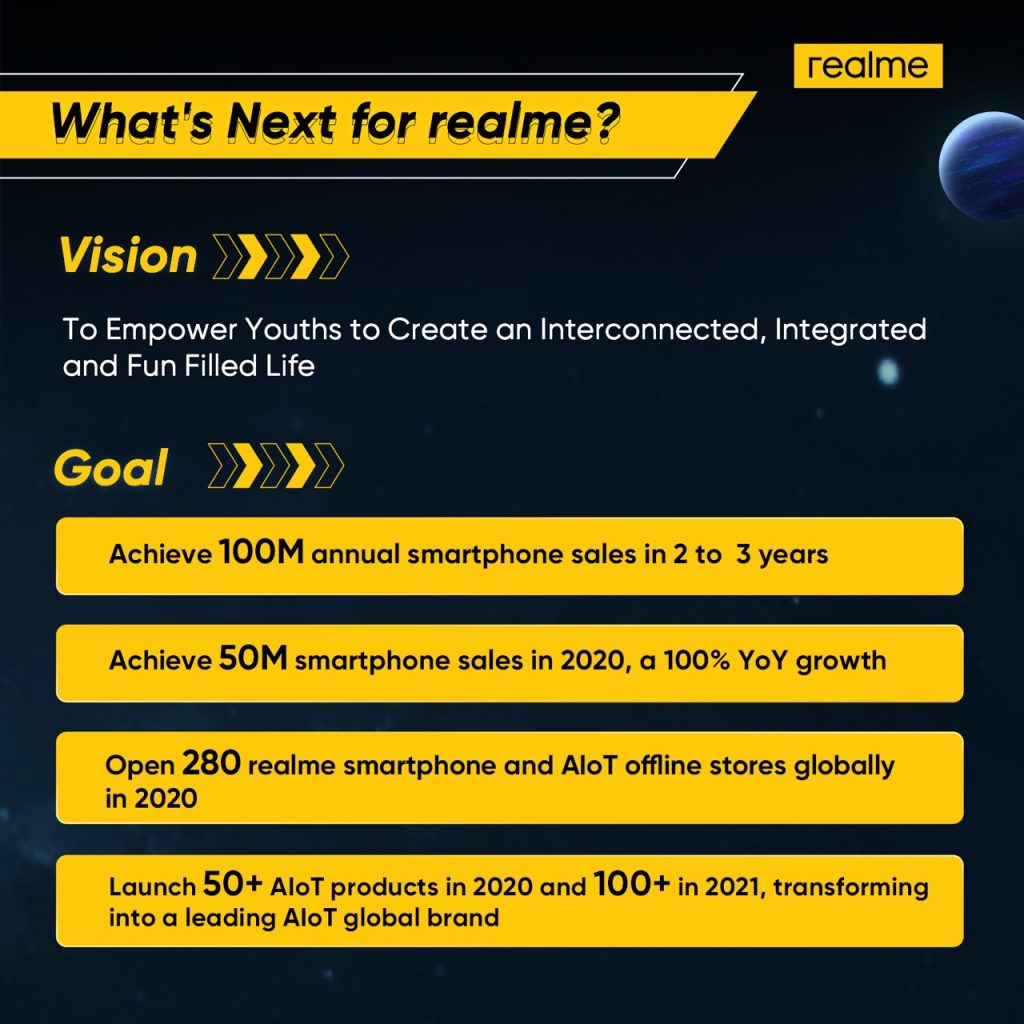 realme is a technology brand that provides superior quality and trendsetting smartphones and AIoT products to the global market. realme users are young, ambitious and globally-minded. realme products empower these people to ‘Dare to Leap’ using the latest in technology and design.