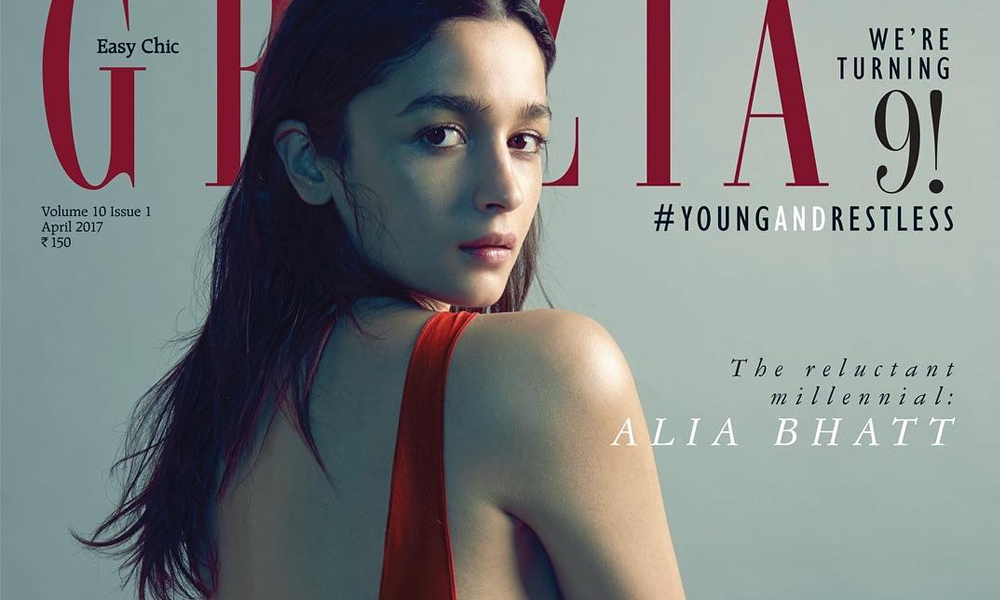 Bollywood Actress Alia Bhatt has featured on the Grazia India magazine cover 2017 issue. The magazine celebrated their 9th anniversary with Alia Bhatt.The cute Bollywood actress did a photo shoot for the magazine in which you can’t take eyes off her. She is looking as beautiful as she can be on the cover.

She shared the cover of the magazine on her official Instagram account. She is seen wearing a red backless dress with blue and white stripes.

And earlier Grazia India celeberated Alia Bhatt’s Birthday with a throwback of her previous photoshoot with them. She is seen wearing different dresses with a theme of black and gold. 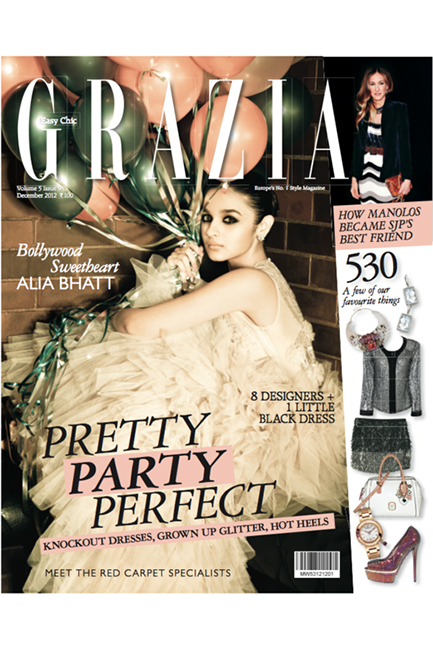 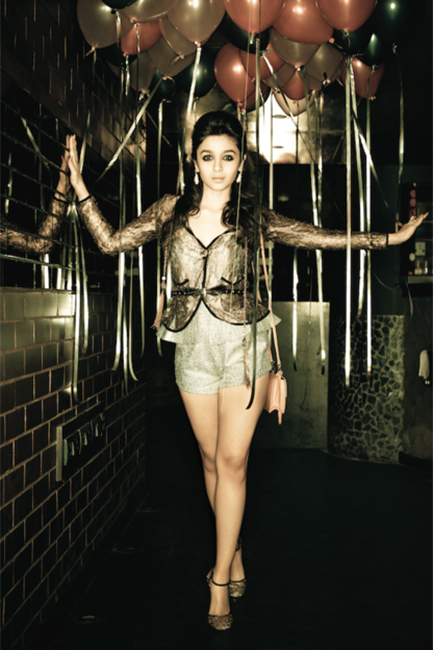 Alia is looking sizzling in this smoky eye makeup. 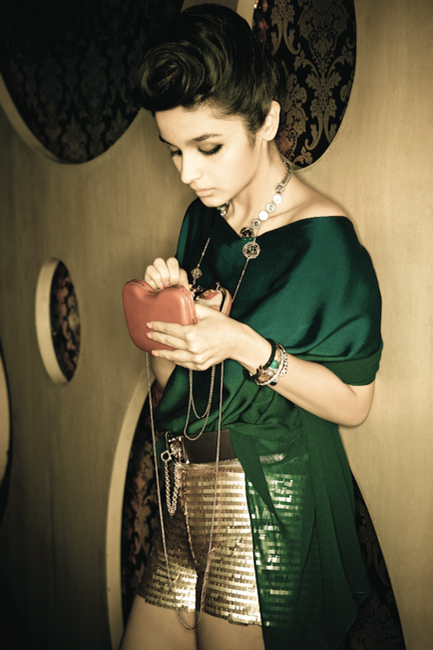 She has been Grazia India girl from 2015. She has featured their covers many times. 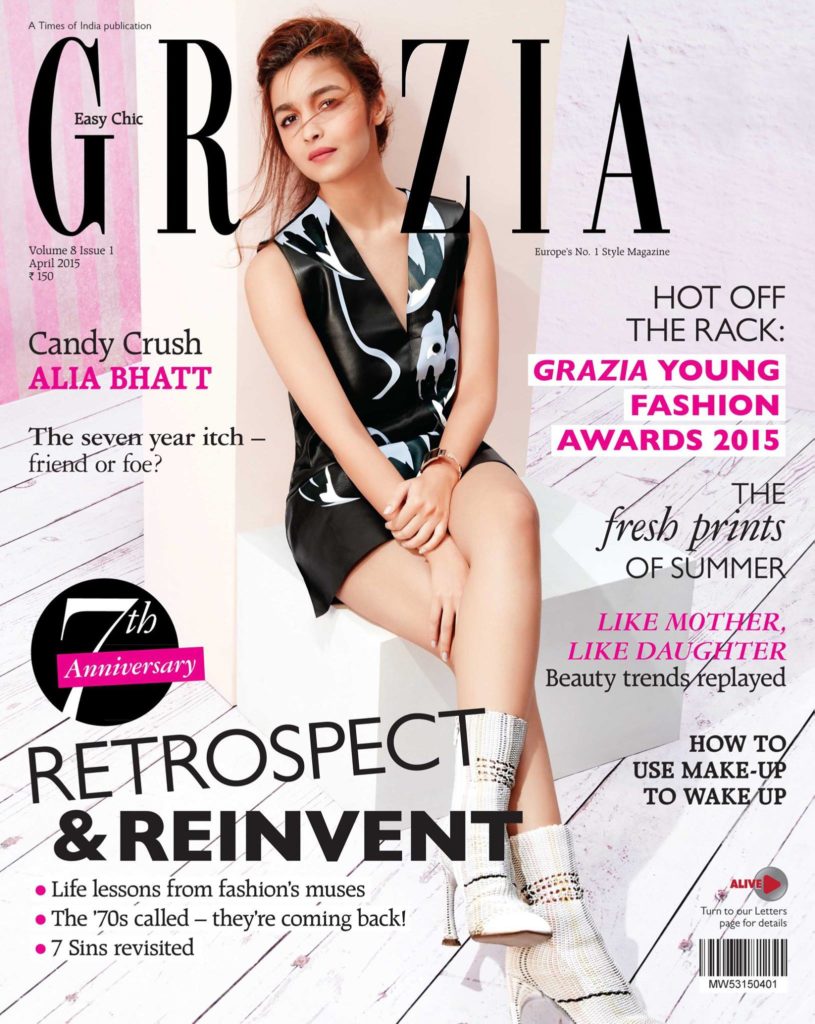 Right now she is flying high as ever with four hit movies in different genres and a Filmfare award under her belt.