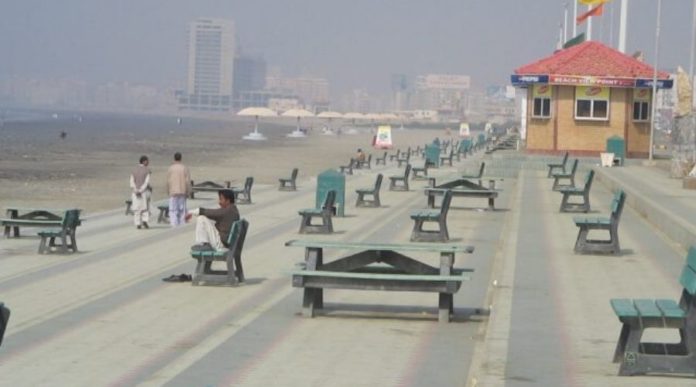 As Eid-ul-Fitr is predicted to be on Sunday, the government of Sindh imposed a ban on swimming and bathing in sea and canals on the eve of Eid-ul-Fitr, as a part of precautionary measure against coronavirus.

According to a notification issued by the Sindh Home Department, the ban has been imposed under Section 144 of the Criminal Procedure Code (CrPC) to contain the spread of the virus.

The home department has decided to impose a ban on bathing and swimming on the eve of the upcoming Eid upon considering the request of commissioners Karachi and Hyderabad.
Notification reads that, “Rush at the beaches could cause further spread of the novel coronavirus in the province”.

A LHC bench headed by Chief Justice Qasim Khan on Thursday, turned down a plea for permission to open parks and other recreational spots across the province on the occasion of Eid-ul-Fitr.

10 things to do on Eid during Quarantine

The bench was hearing the constitutional petition seeking directives for the provincial authorities to allow parks and recreational spots to open during the Eid holidays.
The judge also asked if the petitioner wanted the court to issue a license to kill children across the province. “Do you ask me for a license to kill children,” the top high court judge asked the litigant.

Talking to journalists, Rawalpindi’s deputy Commissioner Anwarul Haq had said that the decision had been taken in the best interest of people so they could be saved from the virus. He had urged the people to avoid visiting Murree during the Eid holidays.
He had maintained that rush at the tourist spots could cause further spread of the novel coronavirus. Only area residents will be allowed to enter in Murree after showing their CNIC, the DC had added.

Earlier on May 20, the district administration had announced that all the tourist spots and hotels in Murree will remain closed, as Sindh placed a ban on swimming, during the Eid-ul-Fitr holidays.