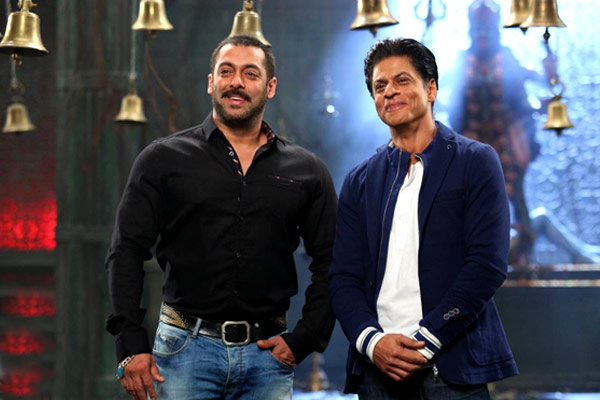 Bigg Boss 10 has brought masala, entertainment, and fun with itself but hold on!! there’s more to catch at the Controversial reality show. It’s the Karan-Arjun Duo who will be together on the popular reality show. Yes! we are talking about the 2 famous Khans- Salman and Shahrukh Khan.

It was the Bigg Boss seasons 9 where we saw both the superstars together on one platform and the bonding between the two old friends grew stronger after much distance in the past.  Thye have given their fans another reason to rejoice and love them.  The episode of the Shahrukh-Salman on the Bigg Boss 10 will be something worth watching and who knows it may bring any surprises too.  seeing both the stars on the sets of Bigg Boss will surely help favor the makers in terms of increasing the TRPs.

Seems like it’s after ages that both Salman and Shahrukh will be together and fans are already getting crazy and can’t hold their excitement.  this time with the 10th Season of Bigg Boss, SRK along with Alia Bhatt will be coming to the set of the most controversial reality show to promote their upcoming  film, Dear Zindagi.

Read: Dear Zindagi Movie Trailer Is What You Need to See Again!

According to one of the close sources, it has been revealed “Yes, it’s happening. The creative team of the show and the marketing team of Dear Zindagi are currently chalking out a plan and if everything goes according to the plan, Shah Rukh and Alia will promote their film on Bigg Boss 10.”

Looks like the Bigg Boss seasons 10 Episode with SRK will bring fun, laughter, and entertainment package together. we can’t wait to see SRK and Salman’s bromance and the surprises the episode will bring.  We already know it’s too difficult to hold the excitement, isn’t it?