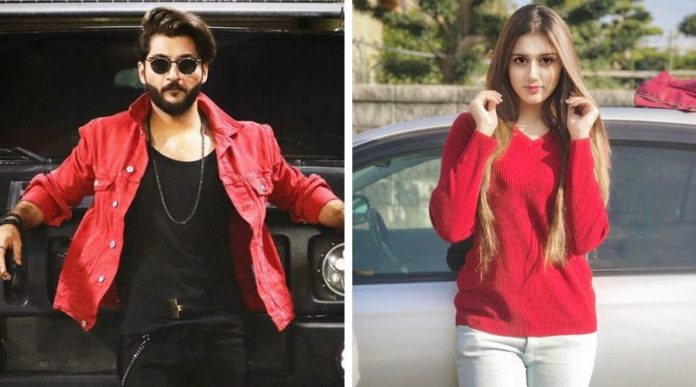 This news comes after another TikToker, Areeka Haq landed a gig for appearing in Asim Azhar’s latest music video “Tum Tum”, though people started speaking out against Areeka Haq, the moment Asim Azhar made the announcement.

Bilal Saeed will be releasing the new Music Video “Shayar” by Sarmad Qadeer on the 10th of July 2020.

Bilal Saeed took to twitter to announce the new release:

The video will also be featuring the actor Ali Josh. Jannat Mirza herself posted the cover on her Instagram story and received a lot of supporting messages from her fans. 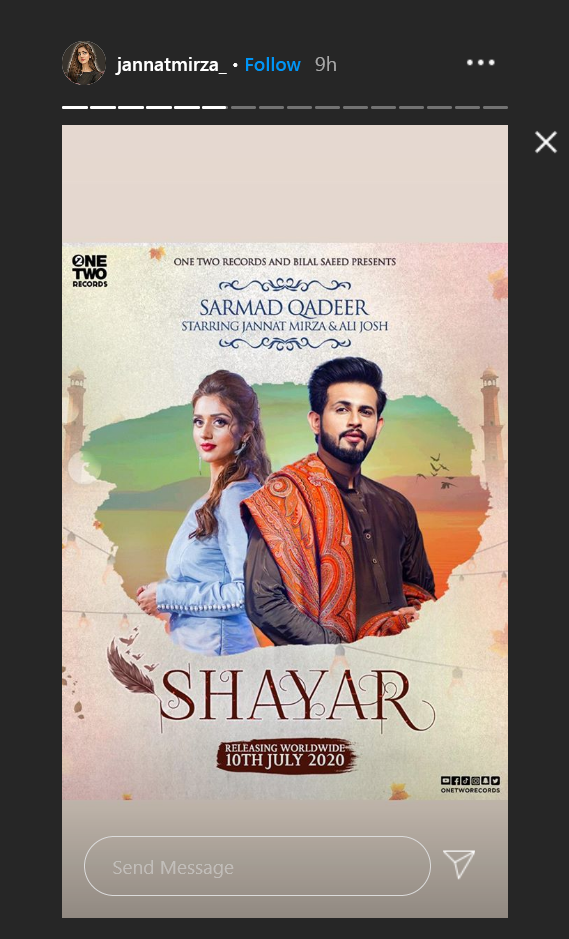 Recently, owing to her talent as seen on TikTok, has been cast as the lead in the next movie by famed director, Syed Noor. Shooting for the project had begun last year in December. She was also offered several roles in Bollywood, but she declined them.

Jannat Mirza is the biggest TikTok star in Pakistan, a talent from Faisalabad, has been able to garner 5.2 million followers and 73.1 Million likes on TikTok in only over 2 years.

Providing a range of content on her profile, Jannat mostly creates comedy sketches that are either solo, with friends or siblings or with other famous personalities.