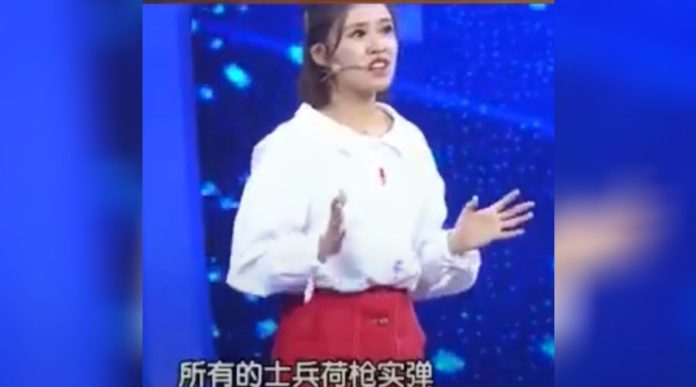 In recent debate competition that aired on television in China, the most heartfelt and beautiful speech regarding the friendship that is between China and Pakistan was summarised in few yet powerful words.

This young girl chronicled her entire journey to Pakistan, starting with describing Pakistan as a “Great Friend”, “Hospitable Friend” and “Best Friend”.

The young girl documents her journey that started by her taking One Belt One Road (OBOR) route into Pakistan along with her friends whereupon reaching the neighbouring country, the Chinese citizens were amazed at the protocol that they received with 4 soldiers guarding their car by accompanying their own military vehicle.

The girl says that though these army men were tall and strong, yet they were very polite to their Chinese guests, by taking them to the market and helping them shop with their amazing bargaining skills.

Later the girl made her way to Karachi and yet again was gob smacked by the hospitality shown by the people. The one who specially caught her attention was an elderly man in the welcoming party who ran to her holding two bags containing beverages and cold water. This was the highlighting event of her visit as the man was extremely poor and such soft drinks was a luxury for him that he had no problem offering the Chinese visitor.

In the end the Chinese girl recollected why this friendship is so unique from all other nations, it is because many Chinese men lost their lives in order to bring to shape the wondrous Karakoram Highway, likewise she remembered that how Pakistani military forces aided China during Yemen operation, denying to leave the helpless Chinese students behind.

China has always been the first to help Pakistan during all the natural calamities and understands that this nation has been unnecessarily judged by the whole world.

Watch the video below:

Pakistan also shares similar sentiments for its neighbouring friend as seen by the efforts made by the government and citizens alike.