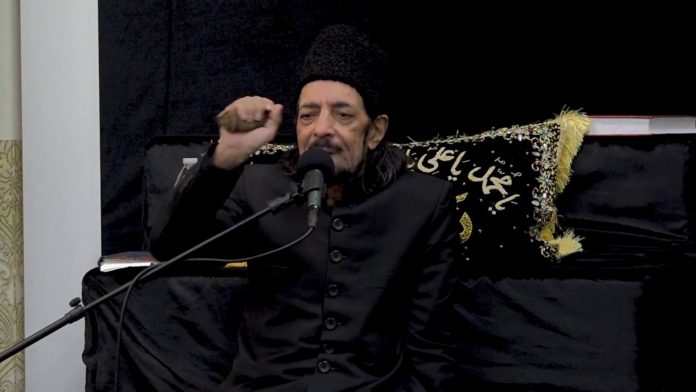 Famed and Renowned religious scholar, public speaker, and Urdu poet, Allama Syed Zameer Akhtar Naqvi has passed away due to a heart attack in Karachi on Sunday.

The body of the deceased will be shifted to Ancholi Imambargah today where his funeral prayers will be held.

Allama Syed Zameer Akhtar Naqvi was born in Lucknow, India in 1944 to Syed Zahir Hasan Naqvi and migrated to Pakistan and received his graduate degree at the “Shia College Lucknow”.

He belongs to the Sadaat-e-Gardezi family who came to the subcontinent through modern day Afghanistan.

He is the president of Mir Anees Academy and editor-in-chief of quarterly magazine Al-Qalam. Akhtar is an author on more than 300 books in various fields.

He became a subject to much acclaim and received many accolades throughout his life, nationally and internationally. His work is celebrated throughout the world for its excellence and his understanding on various subjects including literature, culture, religion, philosophy, logics, journalism, sociology, science, oratory, and language.

In 1980, Mir Anees Award was awarded to Allama Syed Zameer Akhtar Naqvi, on compilation of the book ‘Josh Malih-Abadi’s Marthiyah’ and in 1999, Commonwealth award, London by Anjuman-e-Farogh-e-Aza.