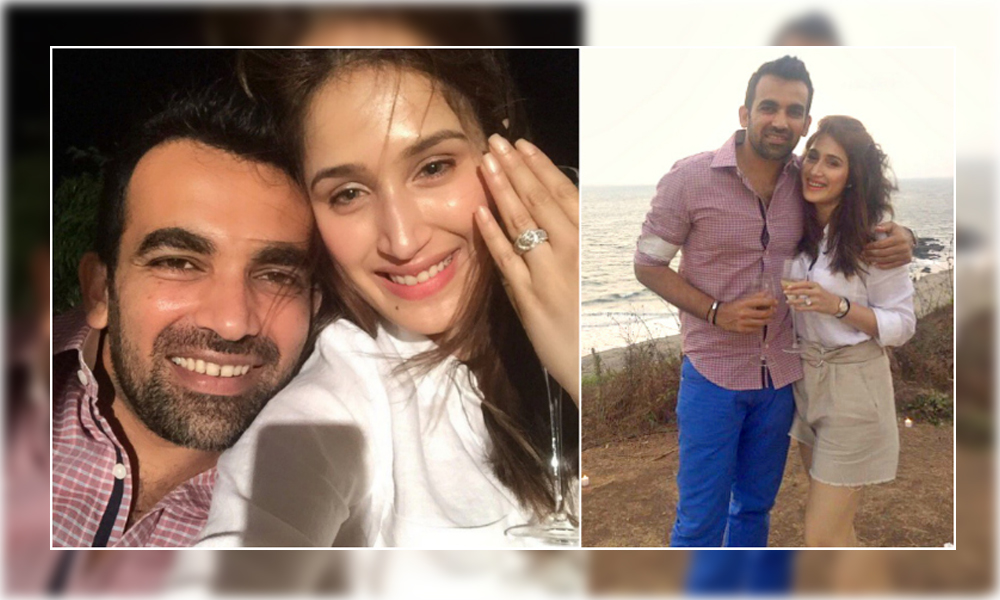 Indian cricketer Zaheer Khan got engaged with Bollywood actress Sagarika Ghatge. Zaheer Khan and Sagarika were in a relationship together for a quite a time now. Zaheer Khan who is the captain of Delhi Daredevils in this year’s IPL proposed to Sagarika during the season. The Cricketer took to twitter to announce his engagement news.

Never laugh at your wife's choices. You are one of them !!! Partners for life. #engaged @sagarikavghatge pic.twitter.com/rUOtObFhiX

The cricketer caption “Never laugh at your wife’s choices. You are one of them!!! partners for life.”

Sagarika in the same way, also took to twitter to share her picture with Zaheer captioned “partners for life”

Sagarika made her debut with the movie Chak De India. In the movie, she also dated a cricketer. After that, she appeared in a number of other Bollywood films. Including Rush and Irada movie who didn’t do well. Despite having great looks Sagarika couldn’t establish herself as a leading lady in Bollywood.

The news of the couple getting engaged spread like a fire on the internet. And now everyone is congratulating them including Zaheer’s teammates.

HERE ARE SOME OF THE TWEETS:

Zak the man. Many congratulations to both of you on the engagement @ImZaheer @sagarikavghatge https://t.co/lSv0FOqrQo

Welcome to the other side fella hope it's always bright for both of u many congrats and very happy for you guys @ImZaheer @sagarikavghatge pic.twitter.com/79r1fPDvoM

Above all, we congratulate the newly engaged couple from our side too.