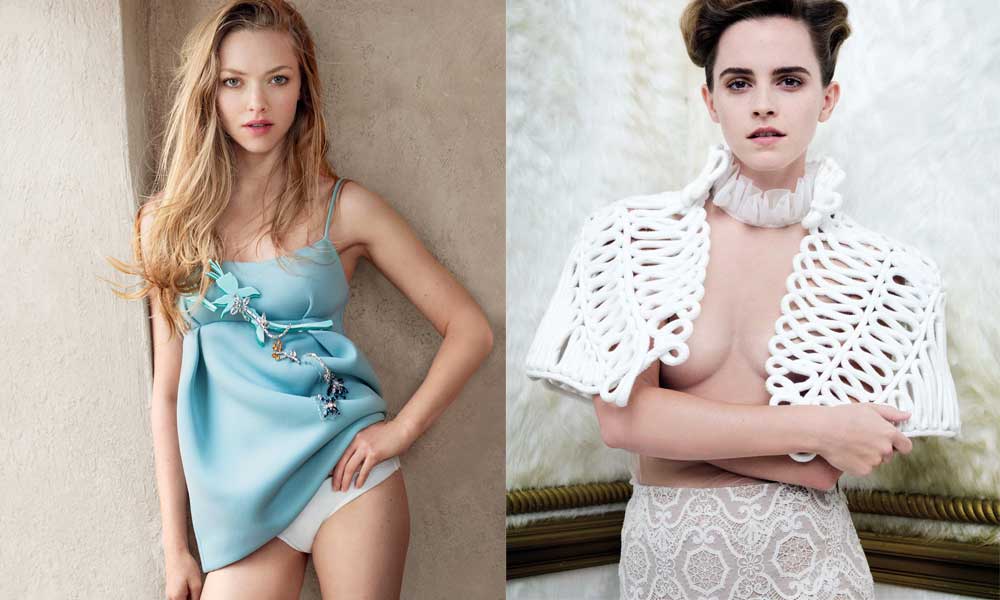 It’s 2014 all over again! Emma Watson, Amanda Seyfried and a bunch of Hollywood actresses are once again the target of a massive online leakage of private photos.

The photos began appearing on Reddit and 4chan a few days back and were originally posted on a site on the ‘dark web’ – a section of the internet only accessible through encryptions.

While the users were busy trying to guess whether the photos are doctored or not, Emma Watson’s spokesperson confirmed the leaked bold photos.

According to the official statement, “These non-nude photos were stolen from a clothing fitting session Emma had with a stylist a couple of years ago. They are not nude photographs. Lawyers have been instructed and we are not commenting further.”
According to various comments, some of the photos show Emma Watson in a bath tub having some me-time while others are non-nudes. On the other hand, Amanda Seyfried’s leaked photos include some private act photos with ex-boyfriend, Justin Long.

Some 4chan users believe this leakage is just the tip of an iceberg and there is a massive private celebrity photos data that will be leaked online. There is a long list of famous celebrities who will be targeted and the most famous ones appear to be Marisa Tomei, Kylie Jenner and Jennifer Lawrence.

Stay tuned to find out more updates on this case.