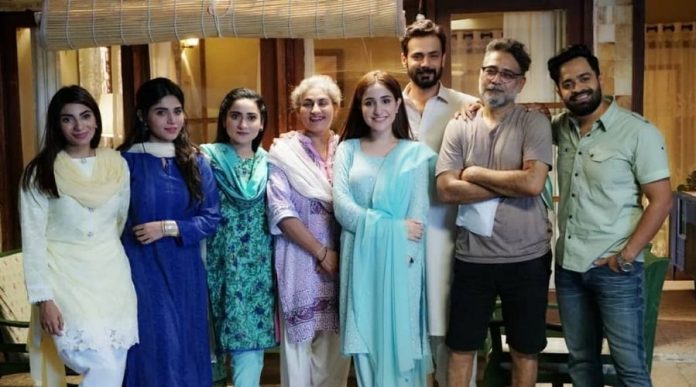 Zahid Ahmed, a simple man from Rawalpindi, has managed to capture the critics and audiences alike with his risk taking roles and performances, making his acting mark in the drama industry. Now he is coming back yet again with a drama that will not only blow the audiences with his performances but the story as well.

Talking recently in an interview to a famed journalist and YouTube reviewer, Zahid Ahmed broke the news that he has signed the serial, “Faryaad” with ARY Digital that will be airing shortly in 2020.

Zahid described that he loved playing the role as it is not the typical “Chocolate Hero” role rather “a scum of the earth” bad guy, who absolutely has no moral compass and goes on to do such things that are unimaginable to human mind.

Zahid Ahmed emphasized that the bad traits of his character are so important to be shown now on television as they all entail in them the different societal evil that are very real and people have to face every day in their lives. He hopes that his portrayal of the character will have a positive impact on the audiences in the most real sense and not limited to a work of fiction.

Zahid Ahmed went on to tell that this is the first time that he has been cast opposite two leading ladies, Aiza Awan and Nawal Saeed who are basically new faces in the industry.
Zahid stated that he worked on the script very closely with the director on the script and changes were made to it to keep the story real.

Zahid Ahmed also confirmed that his latest film alongside Saba Qamar, “Ghabrana Nai Hai”, is yet again in the works and shooting will begin shortly which had been previously halted due to coronavirus spread and country wide lockdown.