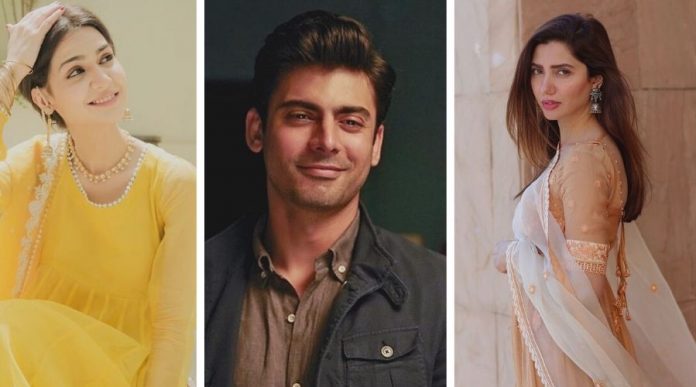 If there is such a thing as “Talent overload”, well it’s about to be materialized as massively talented cast featuring veteran actors Fawad Khan, Mahira Khan and new super talented actress Madiha Imam gear to star in a film together, “Neelofer”.

The movie has been directed and written by Ammar Rasool and is being produced by Fawad Khan himself.

Madiha Imam previously made her Bollywood debut with “Dear Maya” and left a mark with her excellent performance, “Neelofer” will be Madiha Imam’s debut in Pakistani Film Industry.

Madiha told tabloids herself the big news, saying. “I am doing a film right now, where I’m working alongside Fawad Khan and Mahira Khan (Nilofar). There’s still some work left but it’s a project that I’m happy with.”

“People are very accommodating to our reservations in this industry. Directors have been open to my resistance and they’ve accepted them. However, I don’t usually want to alter a script too much for my principles, so I inform them beforehand so they can see if the project is doable keeping that in mind.” she added.

“I had to decline some films that were offered to me because I cannot compromise on my morals.”

Mahira Khan and Fawad Khan are the most hit on-screen couple of the Pakistani Entertainment Industry with their iconic project “Humsafar”, and since then audiences have craved to see the two together but were left disappointed for years.

Recently they starred in the much hyped movie “The Legend of Maula Jutt” but due to a plethora of controversies and now the widespread pandemic got their film delayed till an unknown date.

Fans are looking forward to this project that features such amazing artists.