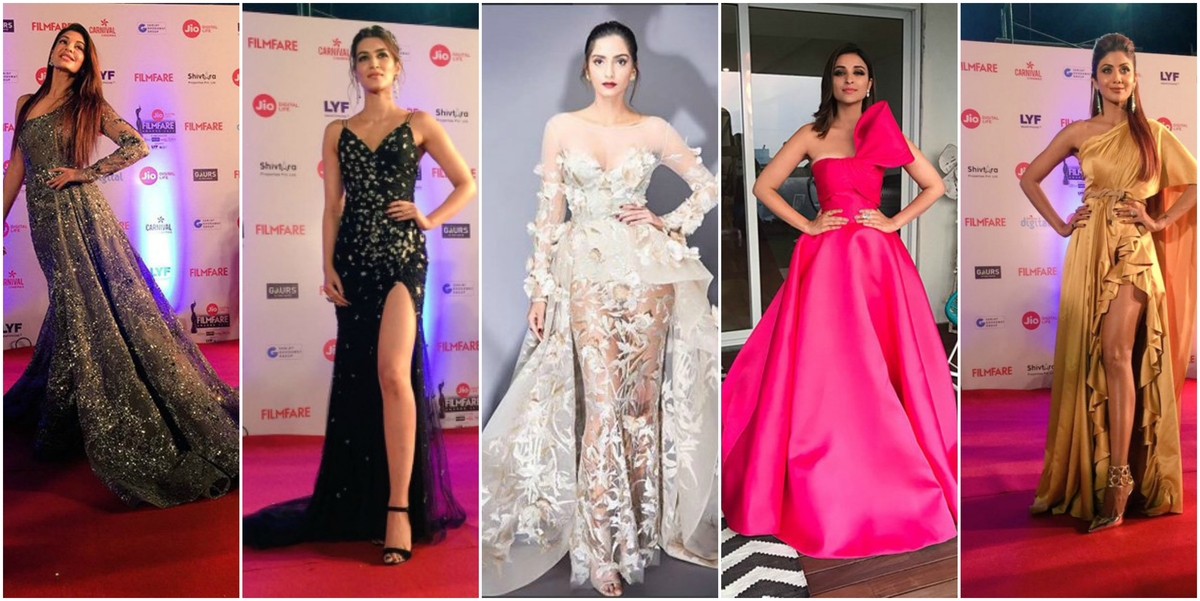 The 62nd JioFilmfare Awards 2017 has not only brought all the Bollywood Celebrities under one roof but it was more of a fashion gala too. From the Red Carpet appearances to flaunting designer wears, B-town celebrities made sure to make the most of this star-studded event.

While we saw some celebrities stealing the show with their stunning looks and amazing choice of attire, we also witnessed some of the worst dresses that we certainly didn’t expect from some of the famous celebrities.

From Hot to WHAT, here is the list of best and worst dressed Bollywood celebrities spotted at 62nd JioFilmfare Awards 2017:

The first in line for the best actress dress is our very own Baby doll, Sunny Leone. Flaunting the hot red gown by Swapnil Shinde and Jewelry by Mahesh Notandass, Sunny took the show leaving behind all the actresses.

When it comes to elegance and style, no one but Kriti Sanon knows how to do it. Dressed in Black, she looked elegant yet beautiful. Styled by Sukriti Grover Kriti made sure to keep her natural look intact with minimal jewelry by Shehla Khan.

How can we forget the Dear Zindagi Actress? Alia Bhatt looked fabulous in a Atelier Prabal Gurung abstract floral ashes of rose silk matelassé gown. As its said, beauty lies in simplicity and guess what Alia proved it right!

The gorgeous and Stunning Jacqueline made sure to make her mark in the best dressed actress list. Well, what can we say she looked pretty in Aliyounescouture’s laforêtmystique paired with silver earrings.

Esha Gupta took away our breath with this peach sequenced gown from Georges Hobeika. Esha’s style was decent yet elegant and the credit goes to Aastha Sharma for making her looked like a doll. Esha chose to wear minimal jewelry which was from Gehna Jewellers.

A post shared by Bollywood Stylefile by Simi (@bollywoodstylefile)

The Bollywood fashionista Sonam Kapoor couldn’t make it to the list of best dressed actresses this time. She chose to wear Elie Saab’s white floral gown but sadly her choice of attire disappointed us this time. Her hairstyle was done by Rhea Kapoor and Jewlery by Aurelle by Leshna Shah.

While her cousin is ringing bells in Hollywood, We did expect Parineeti to rock the Filmfare awards with her stunning look and attire.  Spotted in a Shocking Pink Gown by Mark Bumgarner, Parineeti couldn’t impress us all.

This was the first time Mira Rajput would have attended the star-studded awards event but unfortunately she couldn’t match Shahid’s hotness neither she could dress well to caught our attention!

A post shared by Bollywood Stylefile by Simi (@bollywoodstylefile)

The sexy and the hottie Shilpa Shetty Kundra chose to wear a Turmeric gown from Manish Malhotra. Shilpa who has always been in the spotlight for her choice of attire failed to impress the media and Fashion lovers.

The newly married PreityZinta was spotted with her beau in the 62nd Filmfare Award. Spotted in a Yellow simple gown by VidhiWadhwan, Preity looked more like a sunflower than a hot celebrity.

The Cocktail actress, Diana Penty who is always flaunting her gorgeous curves with stunning dresses was also spotted in a Black gown at Filmfareawards. This time Diana was all dressed up for funeral than for the awards event.

Kalki Koechlin wore Nikhil Thampi’s brown shimmery gown but was a total disaster at Filmfare awards 2017. We miss Kalki’s long hair , it would have made her look better though. 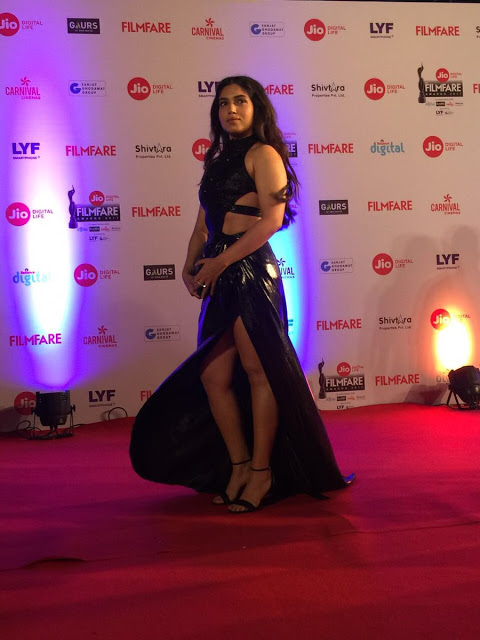 BhumiPednekar hits the list with the worst dress anybody could’ve seen at Filmfare awards 2017.  Outfit by Hemakaul and styled by ShainaNath, Bhumi’s attire wasn’t that impressive at ALL! 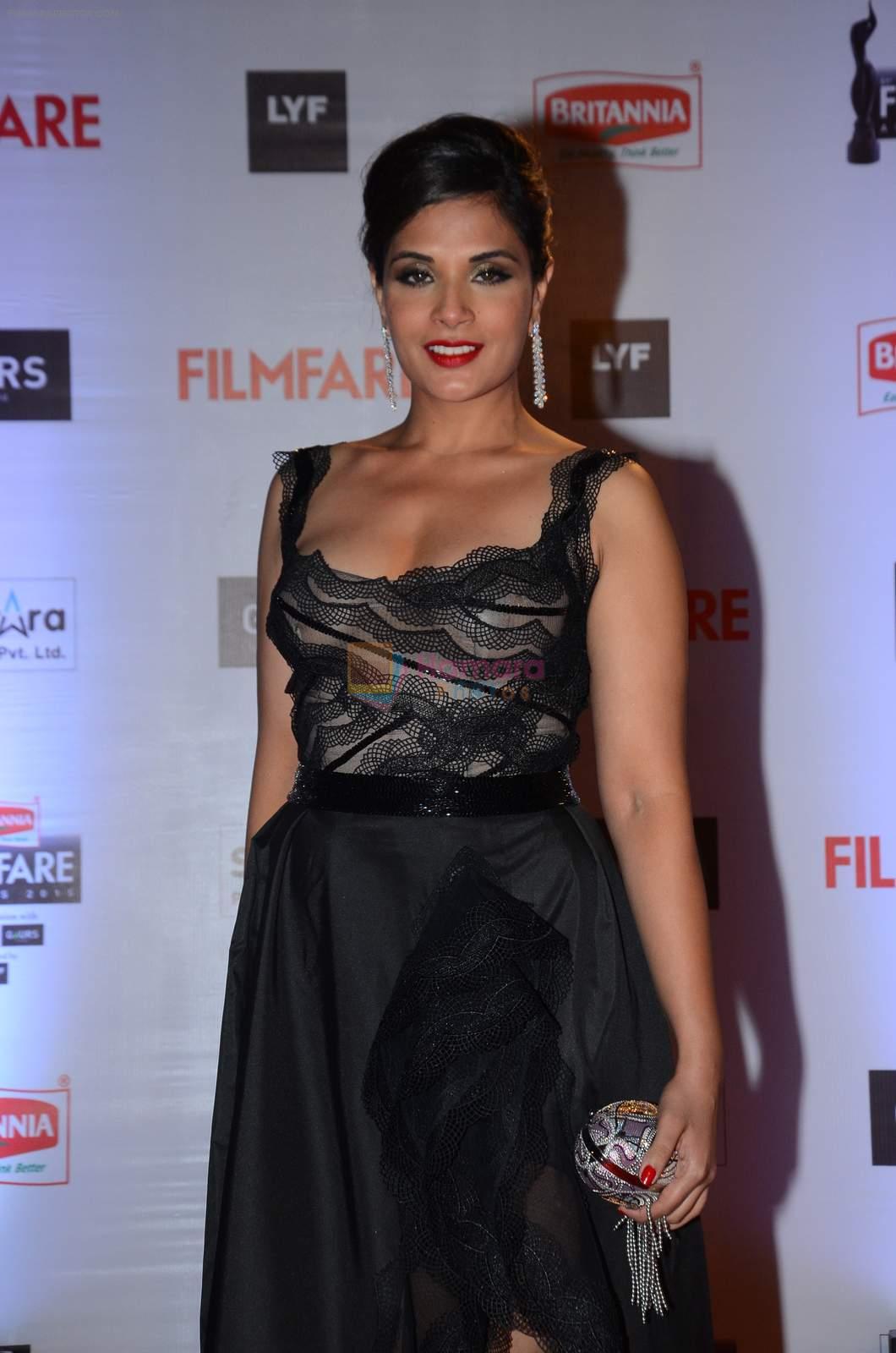 Why did most of the actresses chose to flaunt black on the event? RichaChadda was spotted wearing a Black dress which was not at all a dress that one could wear at such a glamorous event.