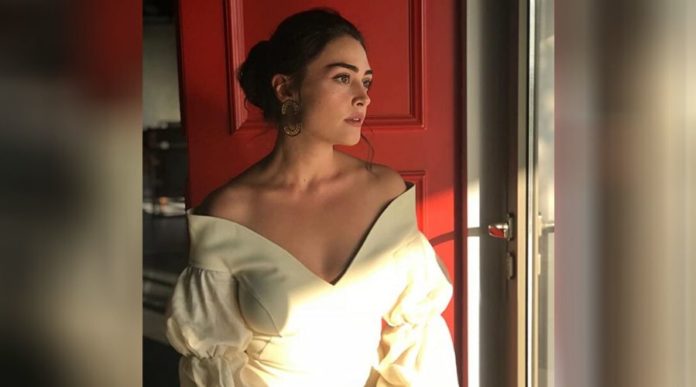 The dance video of Halima Sultan, the famous actress of Turkish drama Ertugrul Ghazi, went viral. According to the details, actress Isra Baljik got a great reputation in Pakistan for playing the role of Halima Sultan.

However, these days a dance video of Isra is going viral which has taken her fans by surprise. In the video, Isra can be seen dancing to a Turkish song at a party.

In the viral video, it can be seen that Isra alias Halima Sultan is present in a white dress at a ceremony in Turkey.

On the other hand, this dance video of Halima Sultan is being criticized by many people and many people are criticizing her dress. It may be recalled that Turkish drama Ertugrul is being aired in Urdu on PTV at the request of Imran Khan.

Other than that a lot of videos showing a compilation of her kissing scenes also are being uploaded to YouTube and have garnered many views altogether in a very matter of days. This is often one video of Esra Bilgic kissing scenes that seems to be breaking the hearts of Pakistani fans.

Ertugrul Ghazi has set new records in Pakistan in just a few days and the drama is based on Islamic history.

It should be noted that Ertugrul Ghazi is being watched by 30 million people on YouTube and the popularity and success of this drama can be clearly gauged from this.