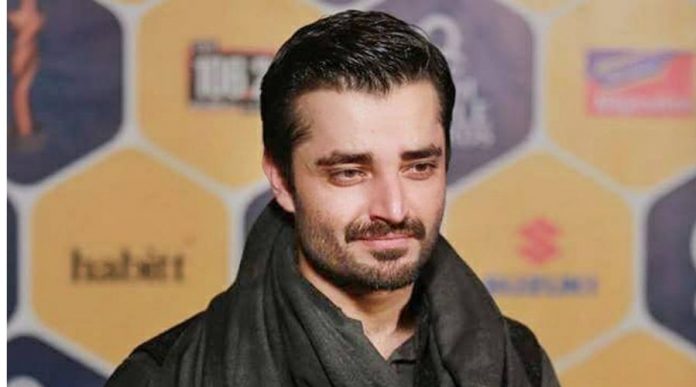 After filming the hit drama serial, Alif, Hamza Ali Abbasi had famously announced that he will no longer be working in the Entertainment Industry rather focusing on his religious duties and responsibilities and working on projects that entail just that.

The actor just announced that he is all set to make his comeback once again as he announced his return to acting with his two projects.

Recently, Abbasi was invited as a guest on Express Entertainment‘s new online game show Kasoti Online with Ahmed Ali Butt, and in response to a question from the host, the actor clarified that he has not left acting entirely.

The actor had said that he will be working on promoting the positive image of Islam through the medium of TV and Film.

Humayun Saeed also in a recent interview revealed about his joint project with Hamza Ali Abbasi which would mark the latter actor’s directorial debut.

“Hamza Ali Abbasi was thinking about to be a scholar for a quite some time and had started studying to be one. Actually he has decided to leave showbiz for a certain period of time.

In future, he would do characters that are more towards patriotism and spirituality,” Humayun Saeed revealed.

“Besides, he is coming into direction. I have planned a film on the subject of nationalism which will be directed by Hamza.

Everything is almost done except deciding the name of project,” he added.