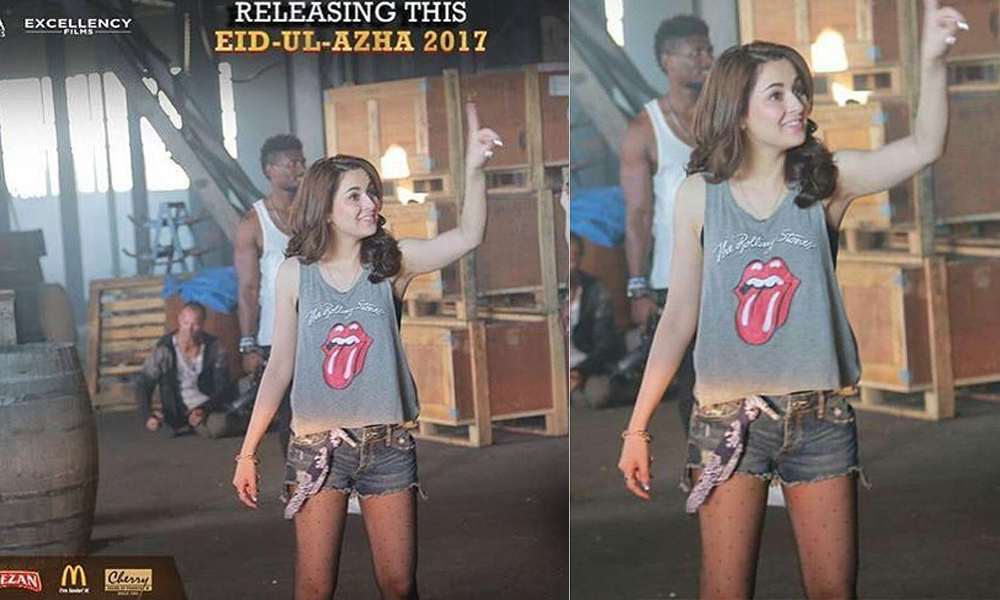 Pakistan’s rising talent, Hania Amir is all set to charm the big screen with Na Maloon Afraad 2 but the actress is getting a lot of social media backlash for her choice of clothing. One shot from movie’s BTS show Hania dressed in a pair of shorts, fishnet leggings and a sleeveless Rolling Stone t-shirt.

One shot from movie’s BTS show Hania dressed in a pair of shorts, fishnet leggings and a sleeveless Rolling Stone t-shirt. 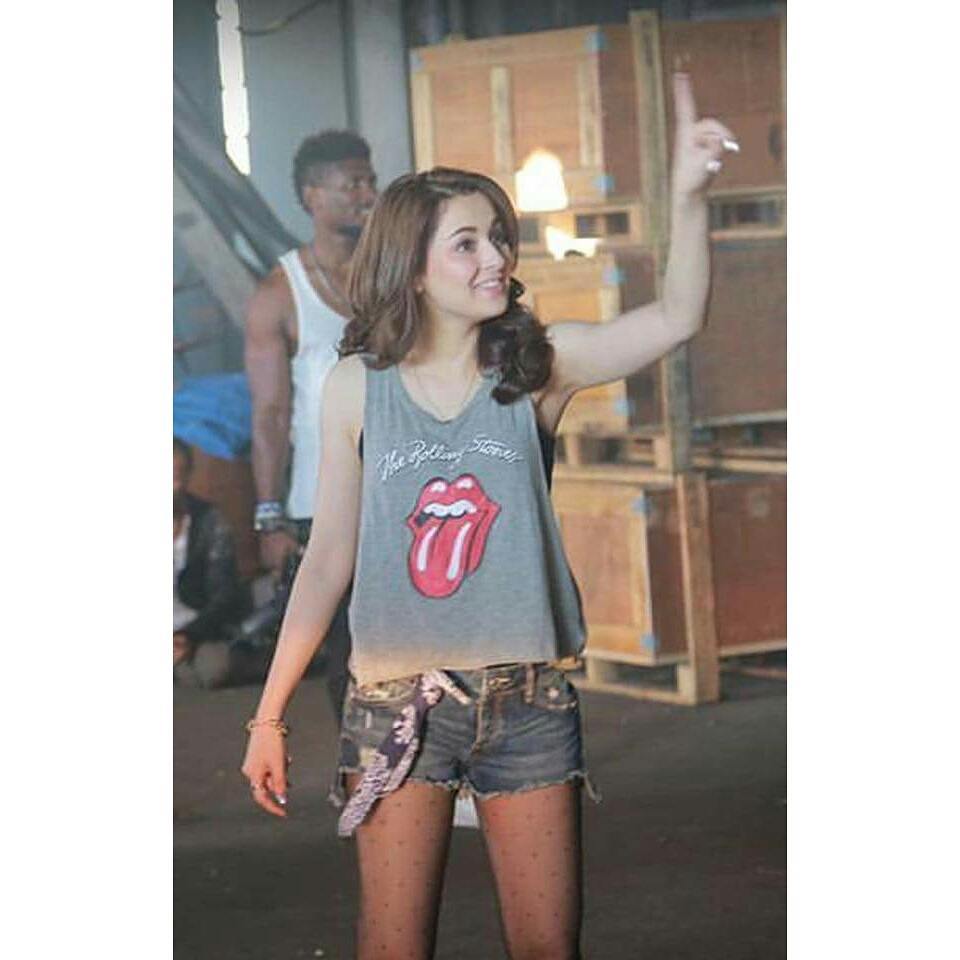 What she wears, how she wears is completely her choice but some trolls have a hard time to digest it this simple fact.

From ‘Over’ to ‘shameful’ they’ve called her everything in between without a second thought. The irony of the situation is, the same people would whistle and cheer Sunny Leone for her barely-there bikini dance but would immediately turn patriotic and religious the minute a Pakistani actor pushes the boundaries.

Anyways, that’s just one way to look at the situation. While everyone has a right to voice their opinion, it’s certainly not a cool thing to question someone’s upbringing and morals on the basis of one pair of shorts.

Haters are always gonna hate, we love Hania’s bubbly personality and screen presence and wish her all the best for her role in Na Maloon Afraad 2.

You do you, girl!