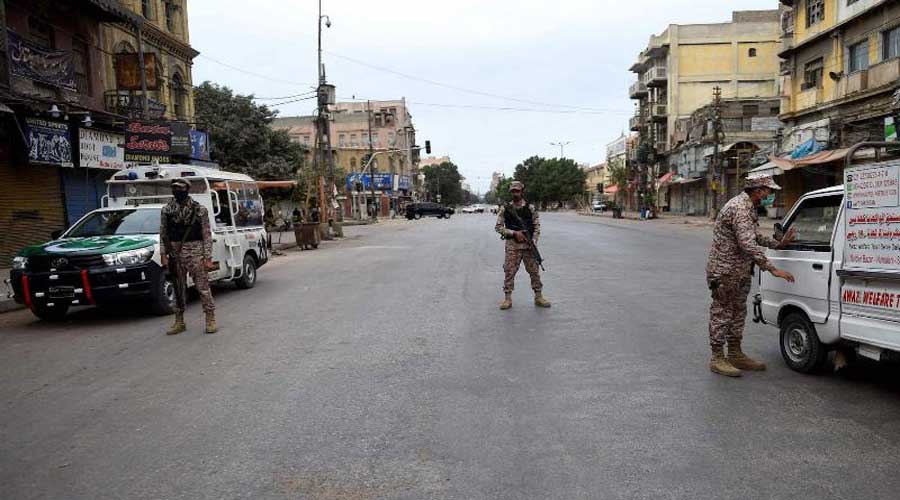 The federal government has decided to extend the Smart Lockdown in Pakistan for another two weeks. A meeting of the National Coordinating Committee was held under the chairmanship of Prime Minister Imran Khan, in which federal and provincial ministers besides provincial chief ministers participated through video link. The meeting considered proposals for extension of lockdown.

The federal government has decided to extend the smart lockdown for another two weeks while the provincial governments will decide according to the situation in the provinces.

Federal Minister Asad Umar said in a press conference that the provinces also gave their suggestions in the meeting, and it was decided that there will be no load shedding during Sahar and Iftar in Ramadan, while maintaining the current situation until May 9-15 Ramadan. It has also been decided that the decisions will be implemented through the provinces.

The Federal Minister said that corona testing capabilities are being enhanced across the country. Restrictions will have to be imposed.

Sindh Government Restrict Taraweeh and Other Prayer to 5 People

Asad Omar said that Rs 69 billion has been distributed by the government to 5.7 million families so far and the Ehsas Emergency Relief Program will continue in Ramadan as well. The Pakistan Army is fully supporting the civil administration.

785 cases of coronavirus have been reported in Pakistan in 24 hours, bringing the total number of corona cases in the country to 11,940.

Sindh Home Department has issued SOPs for the month of Ramadan, under which Taraweeh prayers will be offered at homes, and citizens will be barred from leaving their homes from 5 pm to 8 pm.

The order said grocery stores, vegetable and meat shops in the province would be open from 8 a.m. to 5 p.m., and dairy shops would be allowed to operate until 8 p.m., while restaurants would have ready meals from 5 p.m. Delivery will be allowed until 10 p.m.

According to the order, stalls of traditional Iftar dishes like fruit licks, samosas and pakoras will be banned, fruit licks, samosas, pakoras, jalebi, and other traditional dishes will be made home delivery, takeaways will not be allowed in hotels, restaurant home delivery drive-through service evening. Public transport, double riding, and general business activities will be banned from 5 pm to 10 pm.

The order said that the Respect Ramadan Ordinance must be strictly adhered to. If any non-productive unit or shop owner violates the order, their business activities will be stopped completely. Sindh Epidemic Diseases against the violator’s Action will be taken under Section 4 of the Control Act 2014.

The provincial home department, in consultation with medical experts, has also issued a notification of restrictions on prayers in mosques, stating that Taraweeh and obligatory prayers should be performed in homes. The ruling will apply until the end of Ramadan.