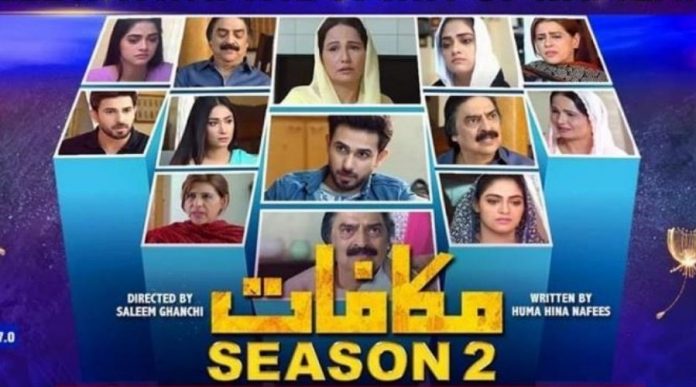 After gaining massive success in 2019, drama serial, “Makafat”, has returned to GEO TV with a second season and is gaining great TRPs as audiences continue to enjoy the serial.
Makafat season 2 is the continuation of the story of season one which is all about the broken dynamics of a dysfunctional family and how the evil of some can destroy the lives of many innocent.

The series is produced by Abdullah Kadwani and Asad Qureshi, and they said the following regarding the series,

“With this series, we are hoping to shed light on decisions that we all face in everyday life and the repercussions of making the wrong decision based on flawed motivations.”
The series has been produced under the banner of 7th Sky Entertainment.

Makafat season 2 OST is sung by the talented Sahir Ali Bagga and is also written and composed by the powerhouse.

The drama continues to score high TRPs like its predecessor and is one loved by the audiences each week.