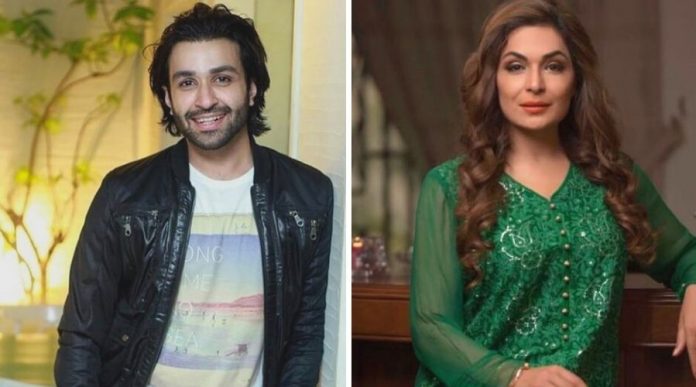 Excelling on stage and in movies, Meera Ji is coming back to TV Screens with a latest project which is going to be a short film directed by Fahim Burney and star alongside Azfar Rehman.

Meera Ji shared the news on Instagram by sharing a snap of her co-star Azfar Rehman, she wrote, “Coming soon in an out of the box concept of a Short film on the mini screen opposite the heart throb Azfar Rehman Directed by the veteran Fahim Burney …. watch this space for more updates”.

Recently, After the Lahore Arts Council rejected actor Meera’s request for financial assistance, the Baaji star has decided to return to stage shows.

Meera will be appearing in the new stage drama ‘Selfie Queen’ starting September 11 at the Sabina Theatre in Faisalabad.

The show is written and directed by M Safdar and Shahbaz Rashid.

The preparation of the show is already underway with Meera already starting her dance practices.

Meera has appeared in Urdu, Punjabi and Hindi movies and has done a handful of dramas for television like Naagin, Bichday Toh Ahsaas Hua, Abba, Main Sitara and many more. Meera did her first movie in India, named Nazar.

She won her first Nigar Award for her acting in Khilona, and received significant praise for her work.