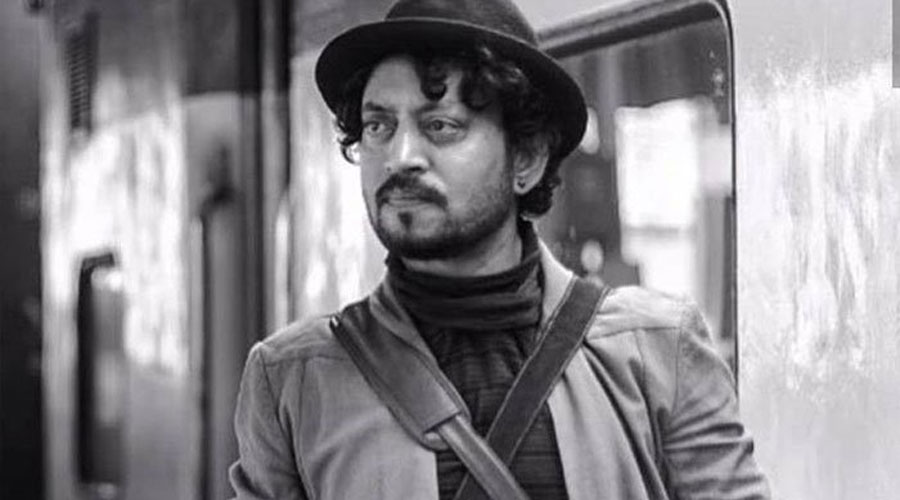 Legendary Bollywood actor Irfan Khan has passed away due to a colon infection. The news of the sudden death of the versatile actor has saddened fans all over the world.

Actress Saba Qamar while expressing grief over the death of Irfan Khan said that she could not believe the news. Saba Qamar termed the demise of Irfan Khan as a great loss to the cinema industry and prayed for his hereafter. It may be recalled that Saba Qamar had made an entry in Bollywood with Irfan Khan through the film “Hindi Medium“.

Deeply disturbed to hear about the passing of Irrfan Khan. I still can’t absorb the news. It feels like yesterday coming back from the sets of Hindi Medium. You taught me a lot as an actor and a mentor. It is indeed a huge loss to the cinema world. Such a brilliant actor gone too soon. You left a huge irreplaceable void in Cinema Irfan. My heartfelt condolences to his family. May Allah give them strength to bear this loss. RIP Raj 💔 Yours Only, Meeta. 🌸

On the social networking site Instagram, Saba Qamar shared the photos taken during the shooting of the film and wrote that she is unable to accept the news of Irfan Khan’s death, this news has made her very sad.

Bollywood actor Irrfan Khan dies at the Age of 53

Imran Abbas, who has shown the essence of acting in India including the Pakistan TV industry, shared a picture of Irfan Khan on Instagram and wrote that he is very saddened to hear of his death.

Rest in peace the legend Irfan Khan!! You will surely be missed forever..Since art has no boundaries , we can feel the pain and are equally grieved by your sudden demise…May Allah bless the departed soul. Undoubtedly, we all belong to Allah all mighty and have to return to HIM.

He also wrote that since art has no borders, he can feel the grief of people across the border. Praying for Irfan Khan, he wrote, “We all belong to Him and we have to return to Him.”

Shocked and sad! What a brilliant actor he was. Rest In Peace. 💔

Well, known actress, Sajjal Ali shared a picture of Irfan Khan and called him a great actor and also wrote that this is a wonderful and sad moment for him.

She shared a picture of Irfan Khan and wrote, “Khawaab sa, Kya kahain jaane de”. She also used the hashtag ‘RIP IrrfanKhan’ in the caption of his post.

Leading Pakistani film and TV industry actress Mansha Pasha wrote that she did not know that the news of the death of a cross-border actor would shock her so much.

A powerhouse gone way too soon 🥺

She wrote that an artist reaches the soul of his fans through his talents.

It should be noted that Irfan Khan has been awarded many awards including Padma Shri, National, and Filmfare for his lively performance in the Bollywood industry while he has also showcased his talents in Hollywood.