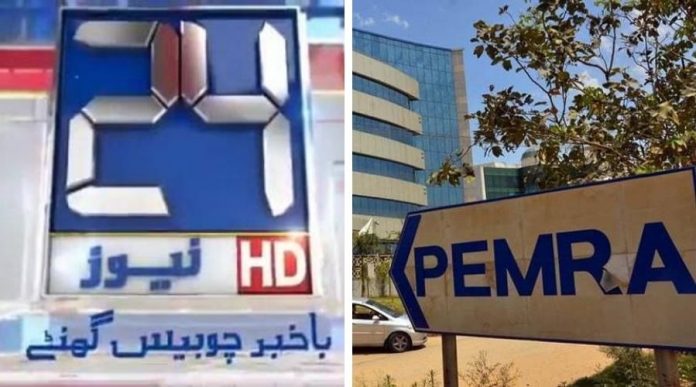 Channel 24 News issued an apology saying that ‘content was in the Arabic language’ which is why they couldn’t regulate it.

According to PEMRA, it received complaints regarding the transmission after which it suspended the channel’s license under section 30(3) of the Pemra Ordinance, 2002. The body also issued a show-cause notice to the channel, seeking a reply within 14 days.
Channel 24 has been warned multiple times previously by PEMRA to regulate its content and stop the blatant violations of its policies.

Previously Channel 24 received a warning on July 3 whereby the license of the TV was suspended with immediate effect unless it reverted to its original programming mix.

In a joint statement, President PFUJ Shehzada Zulfiqar and Secretary General Nasir Zaidi urged the Pemra to immediately withdraw the suspension as jobs of thousands depended on it.

On May 7, 2020 earlier, the Authority directed the licensee to stop violation of license category and revert to the approved programming content.