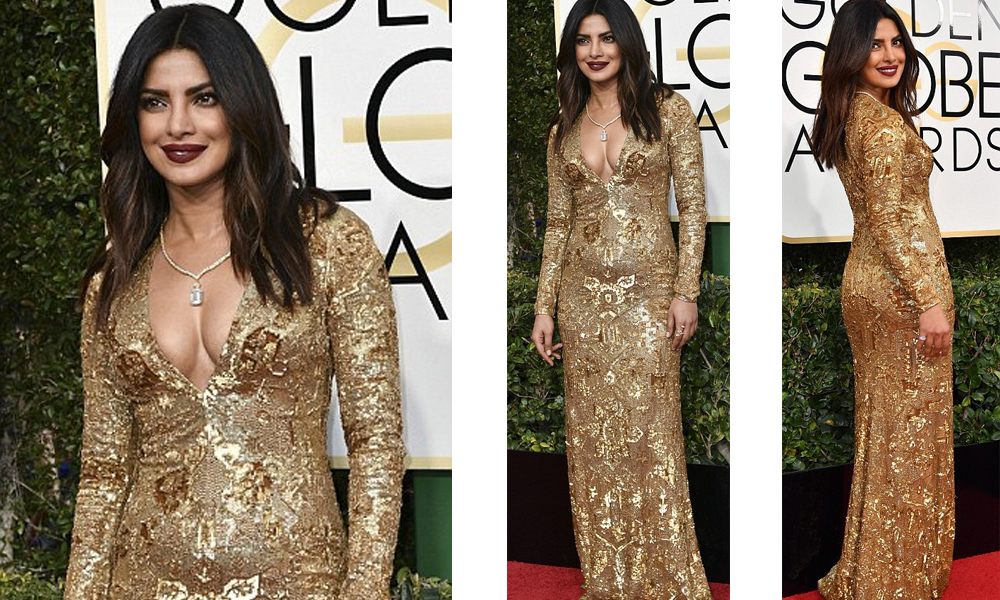 The 74th Annual Primetime Golden Globe Awards turned out to be a glitzy affair of glamour, star power and fashion. The starry night was filled with Hollywood A-listers who kicked off the award season with a bang.

Shining among them was our very own Priyanka Chopra who brought the golden in globe to a whole new level in a custom made Ralph Lauren gown. The gown was hand-embroidered and its rumoured that it took 600 hours to make this masterpiece. 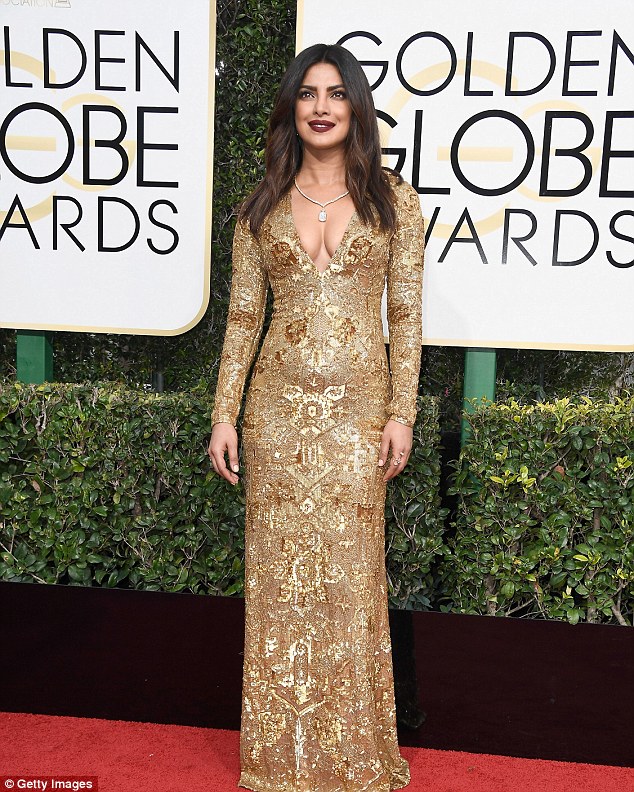 Her look was pretty similar to Modern Family star, Sofia Vergara who also wore a sheer sequined gown.
Priyanka Chopra went bold with her plunging neckline that displayed her ample cleavage and expensive choker. She kept her locks down in a middle parting and rocked dark red lips. 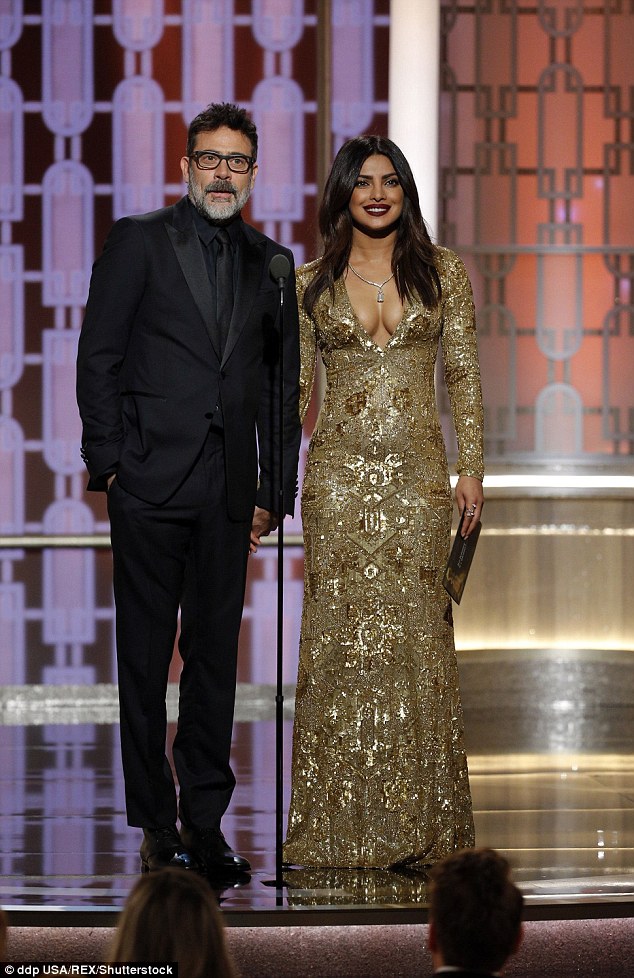 The Baywatch star posted a picture on her Instagram saying that she was representing Baywatch team there! Priyanka can next be seen starring as Victoria Leeds in 2017’s Baywatch, hitting silver screens in May.