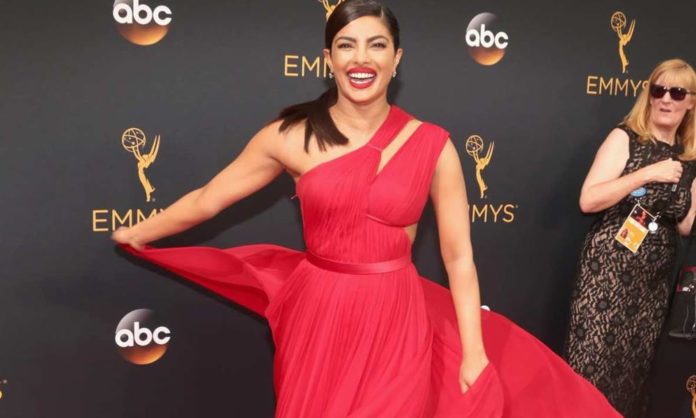 The ruling queen of international television, Priyanka Chopra slayed the Emmy Awards 2016 red carpet in a blood-red floor length gown. Priyanka who is currently the hottest actress in Hollywood and Bollywood ruled the red carpet with her sleek side ponytail that complimented her red hot lipsticks and minimal accessorized look. Scroll down to see her twirling around in the gorgeous gown!

The Quantico star stole the night while presenting the Emmy for Outstanding Directing for a Limited Series, Movie, or Dramatic Special alongside none other than Hollywood’s latest obsession, Top Hiddleston. The 34-year-old dusky diva posed like a true star on the on the Emmy Awards red carpet in Los Angeles, California, on Sunday at the Microsoft Theater.

Smooch for everyone! The diva never shies away from showing her natural side and always opts for fun poses! 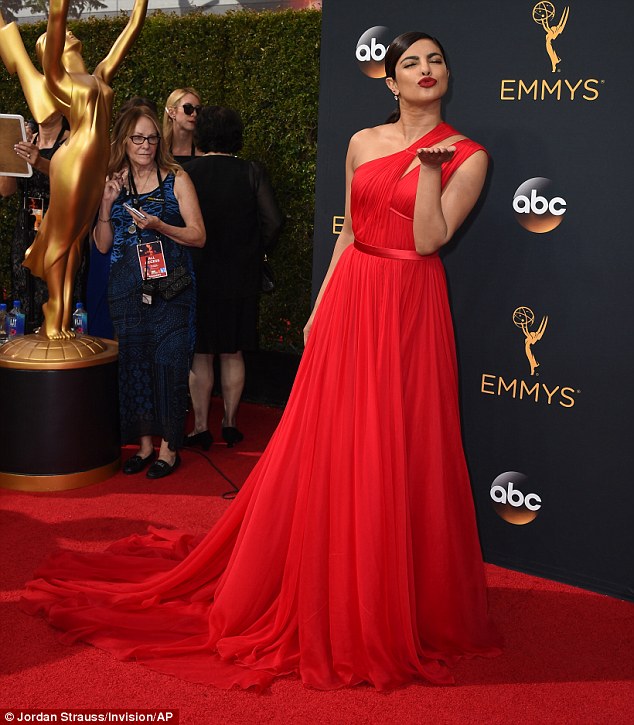 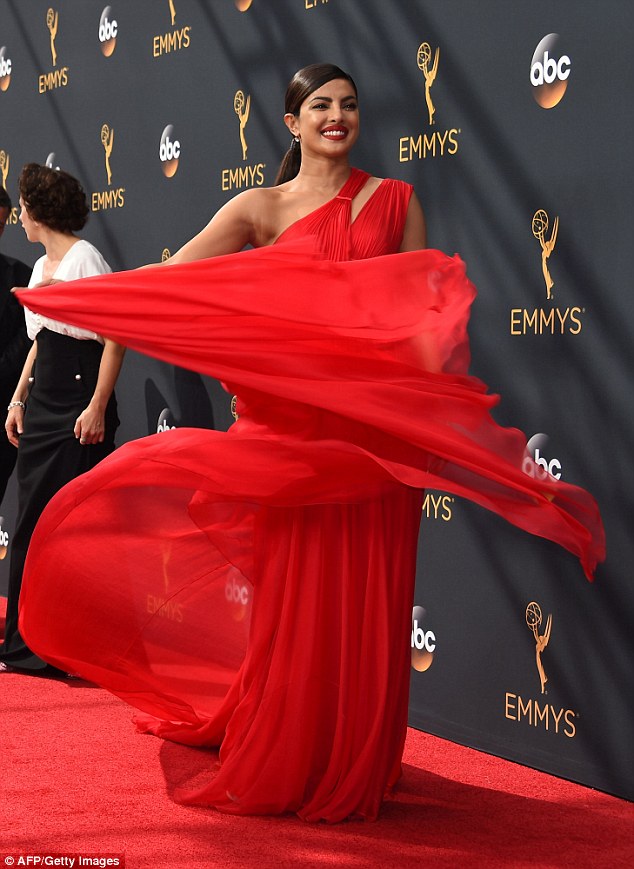 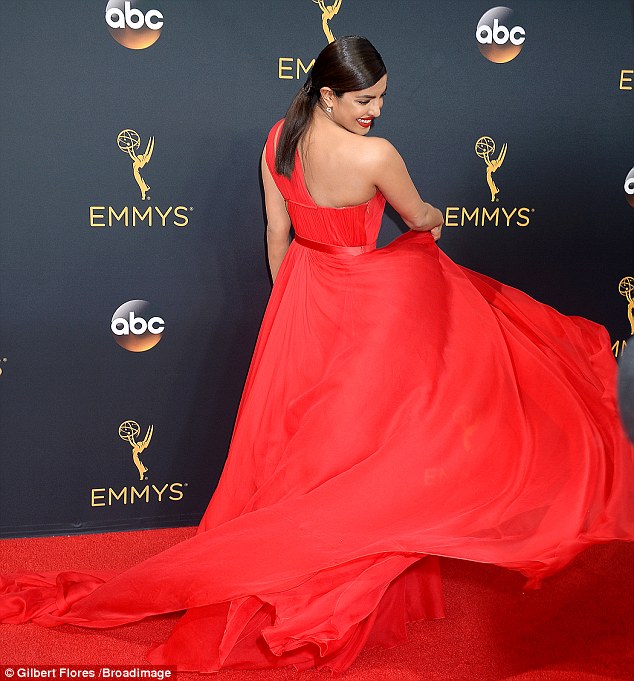 Featuring a small train, the skit provided the real fun and drama – and also provided the actress with a great way to pose. 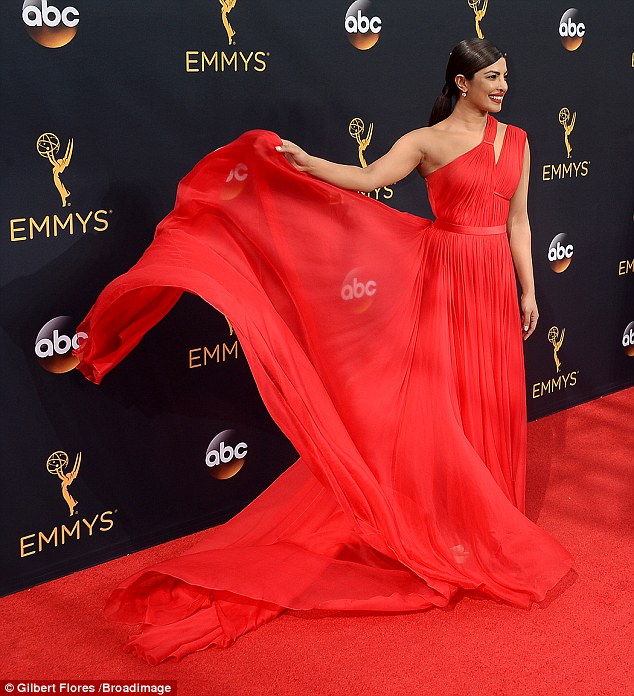 Did you like Priyanka’s glamorous red carpet look? Tell us your views in the comments box below!