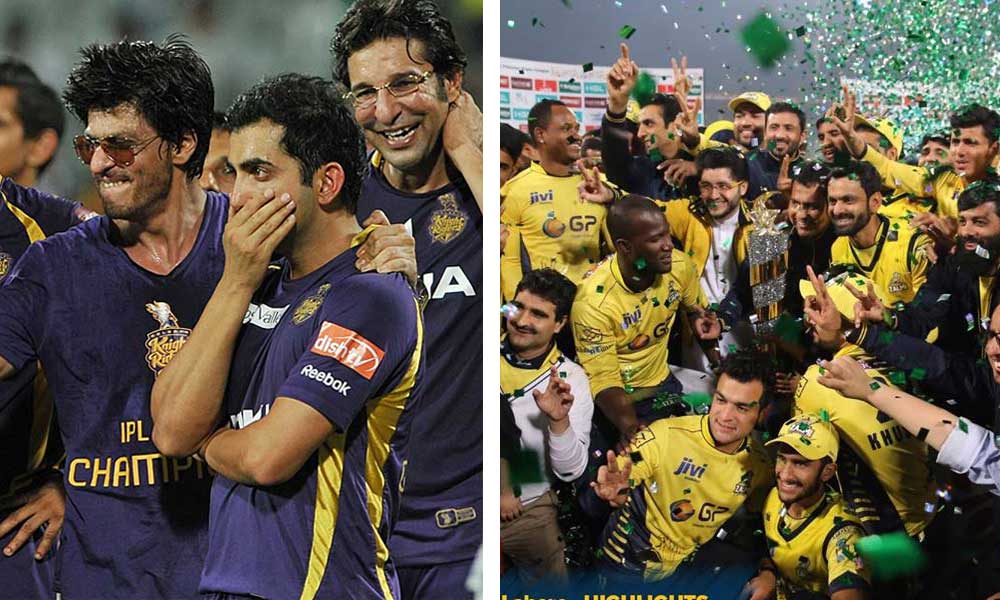 Pakistan Super League 2017 turned out to be a huge deal; so much so that the King of Bollywood Shah Rukh Khan has suggested a miniseries between PSL 2017 winners, Peshawar Zalmi and Kolkata Knight Riders at a friendly venue — possibly London or Dubai.

Bollywood superstar congratulated the Zalmi owner Javed Afridi and offered a T20 series — if the governments of both rival countries permitted. Javed Afridi disclosed this information to a leading newspaper and despite the political tension and cross-entertainment ban in both the countries, he sounded hopeful.

Afridi said, Shah Rukh called me and asked to convince Pakistan government for a series and he would talk to Indian government.

We, like SRK and Afridi have our finger crossed to see a PSL vs IPL series!