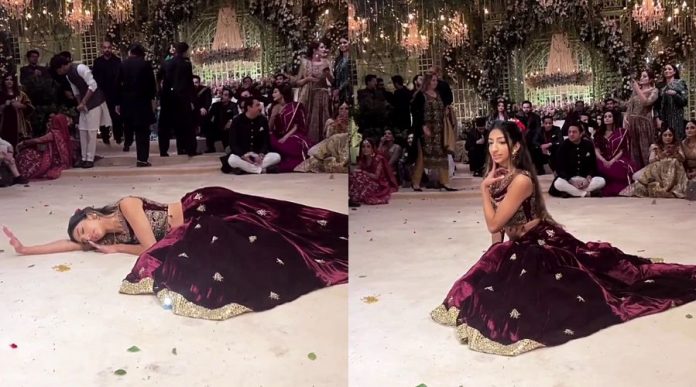 A sizzling dance video of the Lollywood biggest superstar Shan Shahid’s niece Sirenna Shahid at a recent wedding has gone viral all over the internet.

A few days earlier, the Khuda Kay Liye superstar was spotted at a recent family wedding event where different family members including her own daughter Bahisht Shahid were dancing their hearts out. However, Shan’s young niece Sirenna Shahid stunned everyone when she started her solo dance performance at the wedding, and soon, the video spread like wildfire over the internet. Here have a look:

In the video, Sirenna could be seen wearing a beautiful maroon velvet lehnga choli, she set the stage on fire while performing at Bollywood Diva Deepika Padukone’s super hit song ”Aang Laga De.” Sirenna stunned the netizens with her on-point dance moves and facial expressions.

After Sirenna, Shan Shahid’s daughter Bahishht also caught the attention of netizens when she showed her dancing skills in a group performance during the wedding. She also went viral for her killer dance moves and left everyone smitten and spellbound. Check it out: