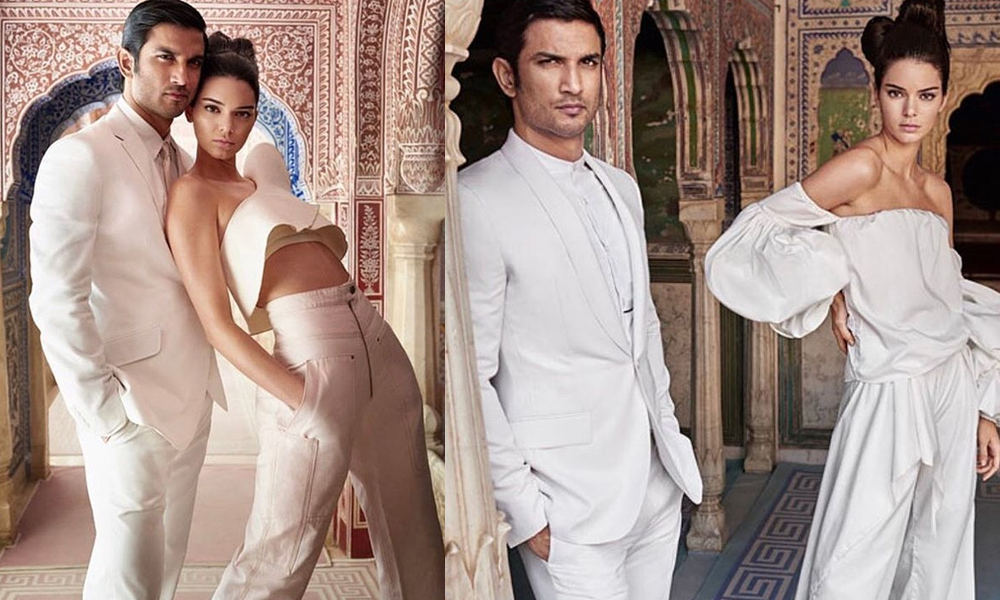 Seems like Sushant Singh Rajput is everywhere these days. After showing great chemistry with Kriti Sanon in Raabta trailer. Sushant has done a sizzling photo shoot for Vogue India magazine with Hollywood’s eye candy Kendall Jenner. The couple is looking hot as Af! in this photo shoot which happened in Jaipur, India.

Sushant’s click is a part of Vogue India’s 10th anniversary and Mario Testino has guest edited its May issue. Sushant also did a shoot for Mario’s famous towel series after Katrina kaif.

Sushant is currently busy promoting her upcoming Bollywood flick Raabta. He will star against her alleged girlfriend Kriti Sanon in the movie. Dinesh Vijan has made his direction debut with Raabta.