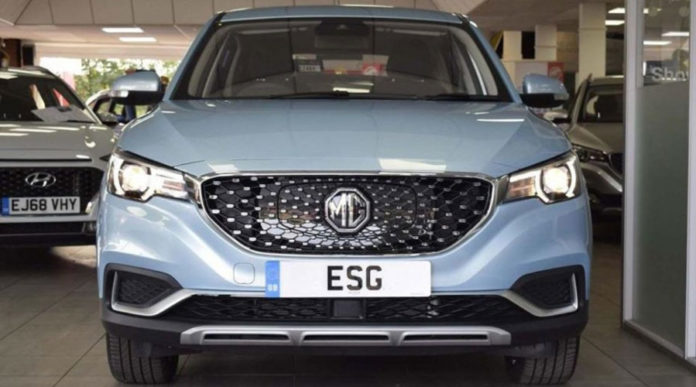 The world’s number one electric car has reached MG Pakistan. A glimpse of MG Pakistan at a beautiful place in Swat has driven everyone crazy.

There has been a tremendous response after Zalmai Foundation chairman Javed Afridi shared photos of MG Pakistan on social media. The first test drive of MG’s HS model in Pakistan was done in a beautiful area of ​​Swat on which Pakistani car lovers also expressed happiness.

Toyota Corolla 2020-2021 to Launch in Pakistan, Price is Shocking

The MG electric car is a fully electric charging car that can cover a distance of 428 km at a speed of 60 km per hour after a full charge. In this regard, Javed Afridi said in his message that MG Pakistan’s electric car will be the first choice of consumers in the future.

According to Javed Afridi, at a function on May 4 last year, the Prime Minister of Pakistan, Imran Khan, addressed Haier Pakistan CEO Javed Afridi and his brother Faisal Afridi and said that he was looking forward to the arrival and manufacturing of electric cars in Pakistan. After which the problem of pollution in Pakistan and especially in Lahore will be solved.

He said that the electric car which has solved the problem of pollution and fuel all over the world will now be running on the roads in Pakistan as well. The British auto company MG will now also manufacture in Pakistan. The car has caused a stir in China and many other countries.