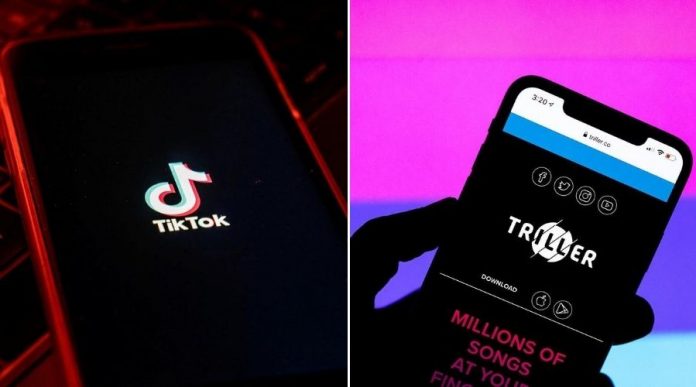 TikTok’s rival Triller alongside Centricus (a firm of global investment based in London) have joined the race to buy TikTok’s US firm with a bid $20 billion. Triller have joined Microsoft/Wallmart, who are willing to acquire the popular short-form video application.

Artificial Intelligence (AI) based music video application, Triller empowers everyone to make proficient recordings, easily.It’s a mobile app to select a song, lip-syncing, and create a catchy video for a choice of songs.

According to the reports investors from Centricus partnered with Triller, a very well known social networking video and music platform. In their joint entity that is recently proposed, they will have a minor stake in the company.

The offer was made for the assets of TikTok in the U.S, Australia, New Zealand, and India to ByteDance, based in Beijing, as per the reports. The reports further added that the plan will be a cash front of $10 billion and a profit-sharing of $10 billion.

The speaker of TikTok in an interview was questioned regarding Triller’s bid, on which he replied, “What is Triller?”

Due to the trade war among US and China, TikTok’s fate is currently extremely doubtful after executive order was released by the President Trump over national security concerns from the China-based company. The executive order requested selling or branching off from its parent business ByteDance by the US. Donald Trump has also opened his account on Triller this month as he might be Triller’s supporter as well.

Numerous companies including Microsoft which was the first one to show interest in buying Tiktok’s assets later which was followed by software enterprise giant Oracle.

Microsoft is considering to buy TikTok from ByteDance

Both of them are currently in a dialogue with ByteDance. ByteDance. From that point forward, Microsoft has uncovered a surprising partnership with Walmart to purchase TikTok’s assets.

The reports also suggests that Twitter and Netflix had discussions about potential deals, but it is not evident if any of them do have a contention, although Sundar Pichai, the CEO of Alphabet and Google, stated that the company is not operating.