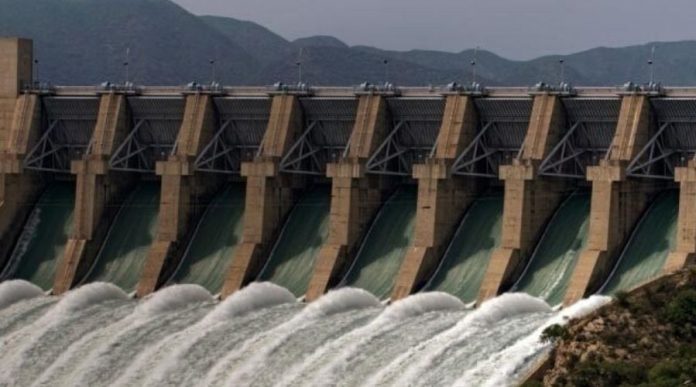 The Prime Minister of Pakistan, Imran Khan, recently visited the construction site of “Bhasha Dam” on Wednesday for inspection, the government officials informed him about the recent activities regarding the construction of the dam. PM, Imran khan said in his speech while addressing the officials and media that he remorse about the poor vision of previous governments, saying that China has already built over 80,000 including 5,000 big dams at this time, whereas Bhasha dam will be only the third big dam in Pakistan till now.

“Diamer Bhasha Dam will be our third big dam. China already has around 5,000 big dams and a total of about 80,000 dams. From this, you can measure the huge mistakes we have made in the past. Unfortunately, the previous government took decisions on a short-term basis and focused on completing the projects just ahead of the elections.”

Imran Khan, also highlighted the fact that the dam’s 6.4 MAF (million-acre feet) water will irrigate 1.2 million acres of agricultural land. He also mentioned that this project will be the reason for providing almost 16,000 jobs for people of the nation, Moreover, the dam will generate 4,500 MW (Megawatt) of electricity which will be quite affordable and eco-friendly.

Whereas everyone seems really happy regarding this Mega Project, on the other hand, the World Sindhi Congress (WSC) has issued a statement in which they have strongly opposed the decision made by Pakistan government to regarding the construct Diamer-Bhasha Dam on river Indus, by saying:

“We believe that the ‘Sindhis’ and local people in the region of sindh are already suffering from huge shortage of agriculture water and required discharge into the Arabian Sea to block the sea-water intrusion into the mainland. In future, building a new dam will make things even worse”.

After this event, a new trend has been emerged on Twitter and other various social media platforms, people of Sindh are raising their voices using twitter hashtag #SindhRejectsBhashaDam. Let us take a look what people are saying:

If state is neglecting Sindhi people's protests marches, rallies and struggle against Dam.
Then sindhi ppl will take another way!#SindhRejectsBhashaDam pic.twitter.com/Hd71ysRKXa

It's actually #PPP who rejects dam on Indus River not common Sindhi
Every year, billion of dollars worth water is wasted because we don't have enough dams. On the other hand, India is making dams on our rivers but PPP won't say a word in that, traitors.#SindhRejectsBhashaDam ? pic.twitter.com/6YvHRytWpF

#SindhRejectsBhashaDam
Stop construction of dam on Indus River People of Sindh are suffering due to shortage of water. There is no water in Thar even for drink.,, pic.twitter.com/v2YToN8eFL

People of #Sindh reject any kind of construction including dams on Indus River. #SindhRejectsBhashaDam pic.twitter.com/zj6cJNzIcH

We are already suffering from the shortage of agriculture water & required discharge into the Arabian Sea to block the seawater intrusion into the mainland. Subsequently,
building a new dam will make things worse.
Big NO to Basha Dam@HamidMirPAK #SindhRejectsBhashaDam pic.twitter.com/47xutIc1wB

#SindhRejectsBhashaDam
After the rejection of 3 provinces just to irritate n hurt the feelings of a single province that generates most of the income n adds to national exchequer, a controversial Dam construction is kicked off on mighty #Indus to conspire against #Sindh pic.twitter.com/7USTrBqHhh